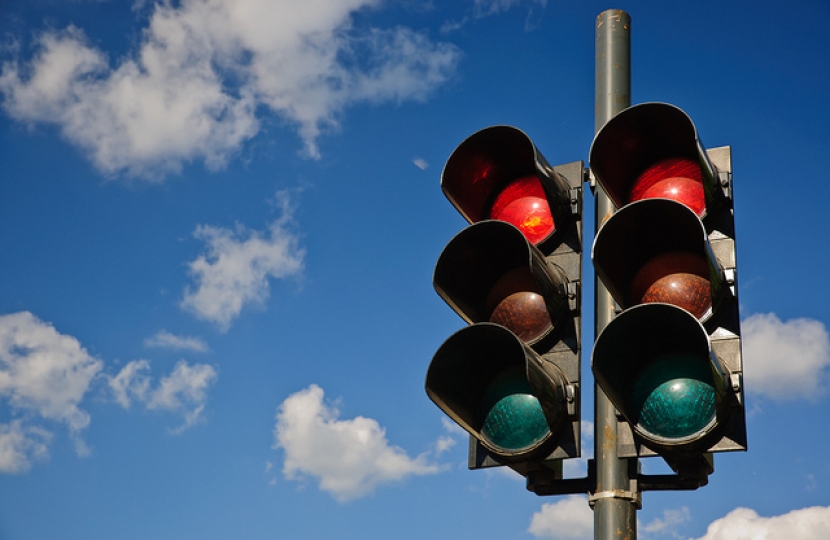 Janet Finch-Saunders AM has written to the Welsh Labour Government Minister responsible for the ongoing roadworks at the Penmaenbach Tunnel on the A55. Here you can view her correspondence on this matter.

This newsstory will be updated as further responses are received.

Minister, the work being undertaken on the A55, as you know, is resulting in massive delays, bringing transport to a standstill on Monday. Trials of traffic management changes have been called off, yet future works to remove the two roundabouts are estimated to take up to a further two years. Now, whilst we appreciate the need for works, questions must be asked of you and the North and Mid Wales Trunk Road Agency as to how there has been such a lack of communication with road users, the ambulance trust and, in particular, with Arriva Bus Wales, which has been having to deal with the chaos caused whilst running their own public services. How do you intend to address the real concerns that have been raised by practically everybody at the moment about the A55 with your department and the North and Mid Wales Trunk Road Agency?

Can I make it clear that we've tried to do everything that we can to mitigate? We've got to get on with these roadworks, and we've got to make the improvements that are necessary. I will once again ask my director to look at the issues that you have raised with me. I can only say honestly that this work has to be undertaken. There will be some element of delays, but, I have to say, every time I seem to travel the A55, I'm unencumbered by delays.

21-01-2016 Janet wrote again to the Minister, seeking assurances that the chaos would not be repeated in future works

Minister, you’ll be aware that, over a year ago, at a cost of £4 million to the taxpayer, emergency cross-over points to facilitate traffic, especially during delays and congestion, were installed on the A55. Yet, during all the very many weeks that we had problematic roadworks there, these barriers were not used. I have to say that a lot of motorists and residents in Aberconwy are furious about this. Minister, will you confirm, please, and tell the Chamber why they were not used, when they have actually been put in there? And can you give us assurances that, during any more problematic roadworks there, these will be used at all times?

Can we please not use the words ‘problematic roadworks’? These roadworks have been undertaken for the safety and reliability of the network and for the safety and reliability of the people who are travelling on it. My primary concern when I do these roadworks is to ensure human life at the end of the day, because that is my principal concern. I appreciate how difficult some of this will be, and my officials try as hard as they can to mitigate it. I will certainly draw attention to your comments to my officials who help to run the network.