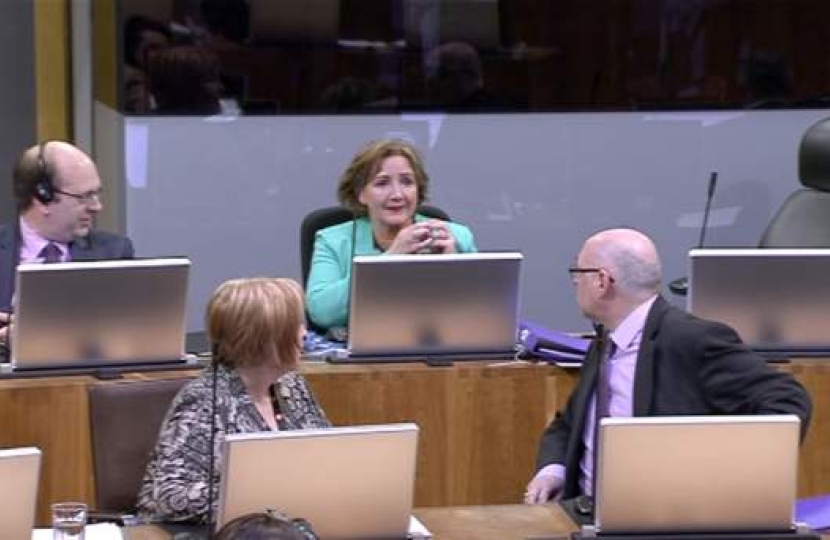 After serving on the Petitions Committee for some three years, Janet Finch-Saunders, Assembly Member for Aberconwy, is delighted to have been elected by fellow Members of the National Assembly for Wales to serve as the new Chairman.

Reacting to her election, Janet said:

“I am truly honoured to have received such cross-party support in the Senedd, and I am looking forward to serving the Assembly in the position of Chairman on this important committee.

“My experience of the committee has shown me that many petitions which arrive before us, do find their way to forming the basis of a robust debate in the Senedd.

“For example, most recently, the prostate cancer petition which had over 6,000 signatures was subject to an hour long debate, resulting in a motion being agreed.

“Currently, there are a number of local petitions that will be coming up for consideration, such as the ones calling for a revision of TAN 1 and fairer educational funding.

“I encourage anybody with any concerns to use the petition facility, as I genuinely believe that it is one of the best mechanism available for bringing concerns to the fore”.