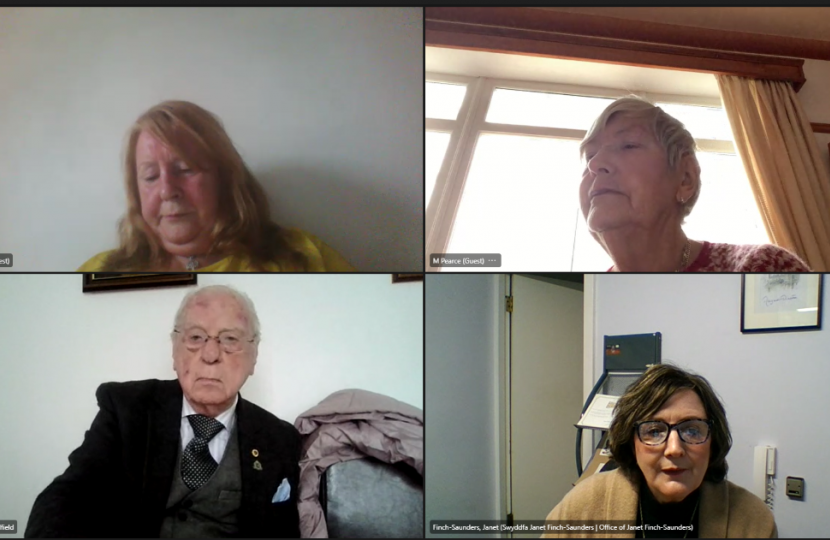 In continuing her campaign to maintain and restore the services offered at Llandudno General Hospital, the Member of the Welsh Parliament for Aberconwy – Janet Finch-Saunders MS – has undertaken a meeting with the Llandudno Hospital Action Group (LHAG) to discuss the need for a positive forward course.  As a result of the meeting, Chairman Cllr Carol Marubbi has committed to organising an LHAG AGM.

During the meeting, it was agreed that the Health Board should look to undertake additional long term strategic planning to understand what staff they need in a year from now. Therefore, Janet has committed to continuing her work to enhance a North Wales medical school to help to retain high skilled medically trained professionals in the region.

“Patients across Aberconwy are all too aware of the strain on our healthcare professionals. In August, waiting figure statistics showed that Betsi Cadwaladr was the worst performing Health Board in Wales with only 64.9% patients seen within the 4-hour target. As I continue to make clear to the Health Board and Ministers in the Senedd, our smaller hospitals can and must play an even more important role in our health service.

“I have long believed that Llandudno Hospital is being underutilised. In recognising the superb level of care offered by staff at the hospital, it is incredibly sad that many constituents feel they have little choice by to choose to drive to Glan Clwyd or Gwynedd because the emergency department has been downgraded in Llandudno.

“I was pleased, therefore, to find support among members of the LHAG today that the list of responsibilities for the Minor Injury Unit at Llandudno should be reviewed to determine whether it can offer greater assistance and around the clock care. We also agreed that the Ambulatory Care Unit must reopen to patients at the earliest possible opportunity.

“As raised in the LHAG today, part of the problem in expanding any provision at the site is an entrenched recruitment crisis, leading to spiralling agency staff bills. This is why I will continue to urge the Welsh Government to plant the seeds for beanstalk-sized growth in recruitment through maximising the potential of a North Wales Medical School. Investment now will surely pay dividends in the long-term.”

Among the facilities at Llandudno General Hospital are an Osteoporosis Unit and Rheumatology Unit. Importantly, Llandudno Hospital continues to host the only bone centre in North Wales and there are no plans to move or reduce this service.

The Minor Injury Unit can also assist with sprains; cuts and grazes; scalds; something in an individual’s eye; insect bites and stings; and minor head injuries. However, the Unit is only open from 8.00 am to 8.00 pm, daily.

Previously, Janet had spoken of her alarm at the revelation that no patients have been seen at the site’s Ambulatory Care Unit (ACU) in 2021. The confirmation, which came via a FOI reply, prompted the Member’s calls to reopen the centre as a means of addressing waiting lists.