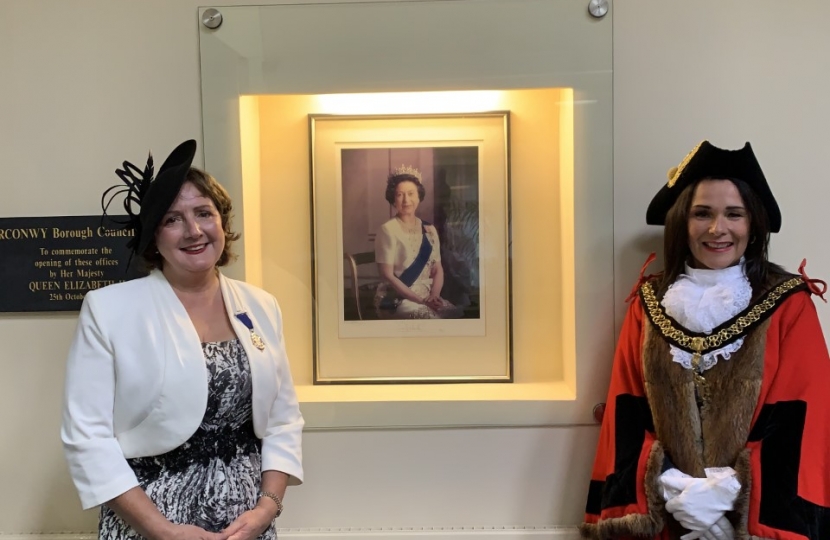 The Member of the Welsh Parliament for Aberconwy - Janet Finch-Saunders MS - has spoken of her delight at the well-attended Civic Sunday event in Conwy. The formal well-wishing ceremony for the Mayor of Conwy and Constable of the Castle, Cllr. Collette Ryan, was held on Sunday and concluded with a Divine Service at the Church of St Mary and All Saints.

The procession, which featured dignitaries and organisations such as the local Scouting group, was marshalled by Graham John Jones and was accompanied by the Menai Strait band. It travelled from Bodlondeb to Town Ditch and into Berry Street, before heading onto the High Street and St Mary’s Church.

“To have walked with the procession from Bodlondeb to St Mary’s Church, and with the tunes of the Menai Strait band bouncing off of the historic walls of this fantastic town, you could not help but be struck by the poignancy of this moment which brought residents and visitors together in their collective well-wishes for the Mayor of Conwy and Constable of Castle, Cllr. Collette Ryan.

“In coming together to extend our best wishes via this Divine Service, it was a recognition that our community is overcoming an extraordinary 18 months of challenge and now looks to the future with bold plans for recovery. That this feat will be spearheaded by Cllr. Collette Ryan – a huge asset to the town in her position as Mayor – means that I have every faith in its success.

“I should also like to pay tribute to the attendees for providing the procession with such a joyous welcome, as well as to the Mayor's Secretary and the Town Clerk for their role in organising such a wonderful event. Likewise, I also extend my thanks the Mayor’s Chaplin, as well as Reverend Juliet Fraser, for their beautiful sermons.”

Photo: Janet Finch-Saunders MS/AS with the Mayor of Conwy and Constable of the Castle, Cllr Collette Ryan.