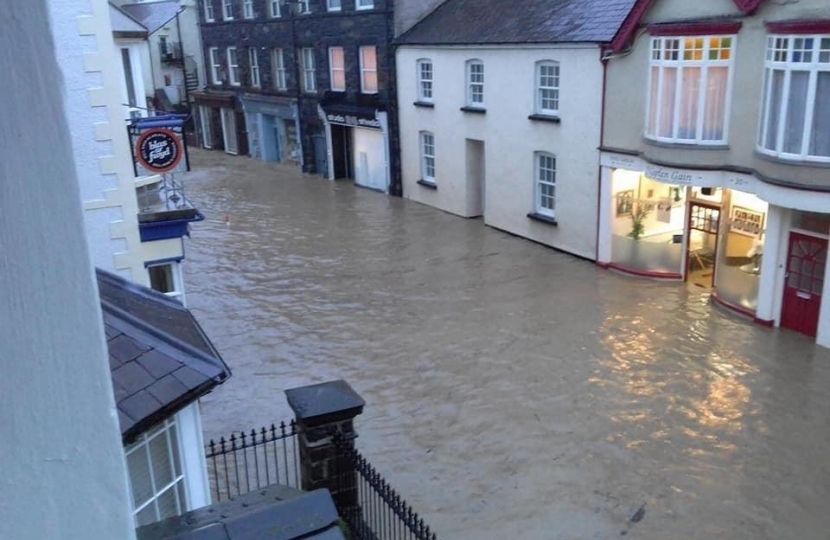 The Member of the Welsh Parliament for Aberconwy and the Welsh Conservative Shadow Minister for Environment – Janet Finch-Saunders MS – will today (23 March) address the Commonwealth Parliamentary Forum on Climate Change, making clear the need for scrutiny structures to address environmental challenges and implement commitments.

One such topic to be covered by Mrs Finch-Saunders will be the need for scrutiny in the aftermath of flood events. Last year, around 70 properties in the Conwy Valley were flooded. The Member has been a strong proponent of the need for an independent inquiry to review the failure of local flood mitigation measures.

On this issue, Janet commented:

“To our Commonwealth partners today, I will again renew my calls for an independent inquiry into consistent local flooding events - a move for greater scrutiny which would ensure that there is a shift in the Welsh Government's approach, from reactive to preventative.

“These instances of flooding are happening far too often, making plain the true threat of climate change to the towns and villages of the Conwy Valley. As scientific projections suggest that Wales can expect a greater frequency of extreme weather events, we must look to better safeguard residents.

“Since 2019 I have been calling for an independent inquiry into flooding in the Conwy Valley, and more recently a similar request has been made by the community in Rhondda Cynon Taf. But, sadly, the Welsh Government have poured cold water on these campaigns.

“When it comes to flooding, rather than having separate reports on specific areas, we need to see whole catchments considered and alleviation plans put in place from mountain top to estuary. As I will make plain in my speech to this international forum, when it comes to scrutiny and review, community engagement must be placed at the fore.”