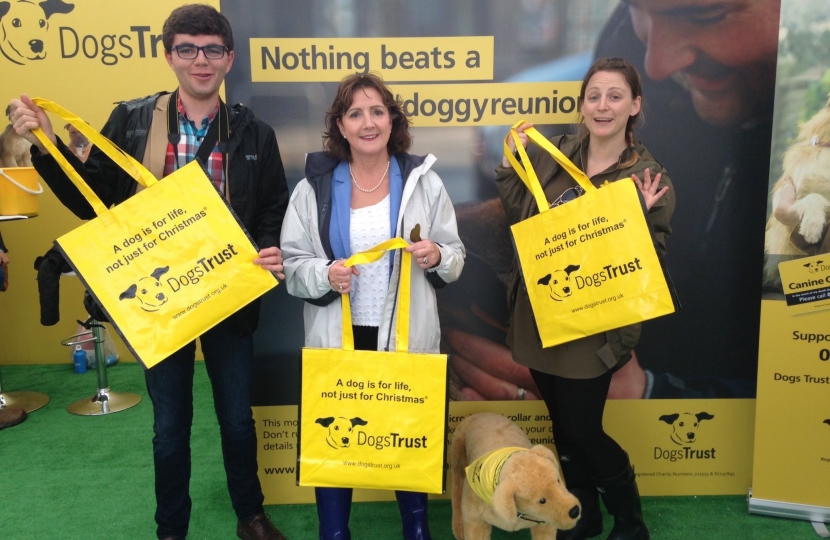 The Member of the Welsh Parliament for Aberconwy – Janet Finch-Saunders MS – has urged the Minister to review the timelines laid out in the Welsh Government’s Animal Welfare Plan, outlining that they “show a real lack of urgency which could lead to exploitation by unscrupulous breeders.”

The remarks were made during a closing speech in the Welsh Conservative debate on animal welfare, which called on the Welsh Government to amend the Animal Welfare Regulations 2021 to introduce regulations for rescue and rehoming centres and sanctuaries in Wales, including those operating online.

Speaking outside the Siambr, Janet said:

“Despite more than two decades of devolution, the Welsh Government’s slow pace of action to strengthen animal welfare regulations has led Wales to being unsympathetically dubbed as the puppy farming capital of the UK. That is not a moniker that we want to stick.

“I share in the disappointment registered by both the Blue Cross and the Companion Animal Welfare Group Wales that the timelines laid out in the Welsh Government’s Animal Welfare Plan show a real lack of urgency which could lead to exploitation by unscrupulous breeders and leaves Wales lagging behind other nations.

“Whilst many Animal Welfare Establishments in Wales achieve an extremely high standards of welfare, tragic case studies can attest for the fact that there are individuals operating as rescues who can sometimes become overwhelmed and struggle to meet the welfare needs of the animals in their care.

“Inaction leaves our charitable sector to pick up the pieces, so I was pleased to help promote this proactive Welsh Conservative proposal which would ensure that minimum training, staffing and environmental standards for all centres are meet to safeguard the welfare of animals in their care.”