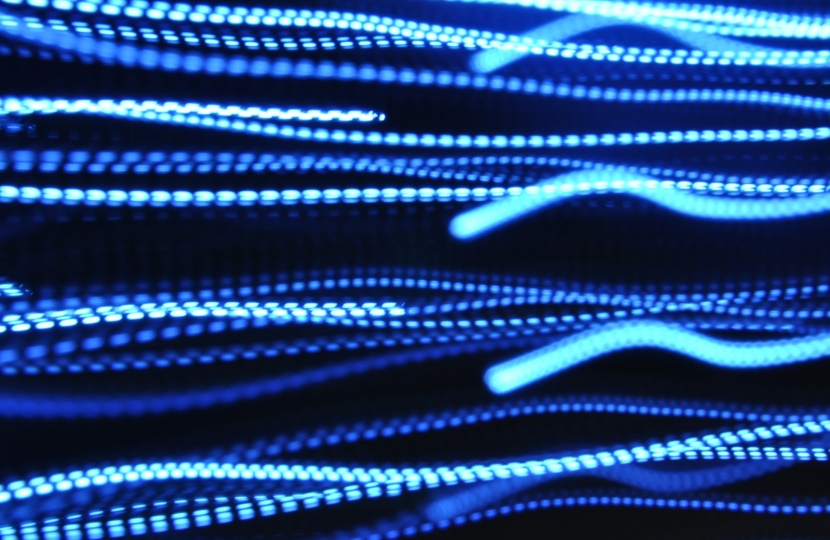 Janet Finch-Saunders MS has joined leading consumer safety Charity Electrical Safety First to warn that over a third of people in Wales either have already or are considering buying an electrical beauty product from an online marketplace during lockdown.

Janet Finch-Saunders MS has heard from consumer Charity Electrical Safety First about their investigation which discovered hair clippers, hair remover kits and other beauty salon electrical items for sale on online marketplaces that are unfit for sale to Welsh consumers as advertised, putting them at risk of electric shock and fire.

Under the Public Health (Control of Disease) Act 1984 all of Wales’s hairdressers and beauty salons are temporarily closed. We know that there has been a significant increase in people looking to cut their own hair - as analysis of Google Trends data shows web searches for hair clippers at an all-time high in April.

“With hairdressers and beauty salons currently closed in Wales, I was concerned to hear about research that reveals more than a third (38%) of adults in Wales have either already purchased or are considering purchasing an electrical beauty item such as hair clippers or hair remover kits from an online marketplace.

“Electrical Safety First have told me of their concerns about dangerous beauty products being sold online – and it might not be immediately obvious from the advertisements why they might be dangerous.

“I fully support raising awareness of the dangerous of purchasing products on online marketplaces that are not compatible to be used in Wales as they often advertised without UK plugs, and are sold with dangerously poor-quality travel adaptors for permanent use. The Charity has told me that this is illegal and risks electric shock or a fire in your home.”

As part of a snapshot investigation, 15 listings were visually analysed by the Charity, equally spread across Amazon Marketplace, eBay and Wish. Based on a visual assessment of the listings as they were advertised, all were deemed to be seriously dangerous to the user.

Mains powered hair clippers and electric nail files were found to be frequently advertised without UK plugs, instead being sold with dangerously poor-quality travel adaptors for permanent use. This risks severe electric shock or fire.

Home hair removal kits were also discovered being advertised with plugs that are illegal for sale in the UK. The dimensions of these plugs are so small they risk allowing the user to come into contact with the mains power supply when plugging the product in. They are also frequently unfused, risking a fire in the event of a short circuit.

“At a time where we’re all expected to spend longer indoors it is more important than ever the products coming into our homes are safe. What we have found is an example of third-party sellers putting consumers at risk through products that are of particular interest at this time. With so many Welsh consumers interested in these items at the moment, we would urge consumers to only buy electrical products from reputable retailers and for Welsh Government to take action to raise awareness that buying electrical items from marketplaces can lead to fires in people’s homes in Wales."