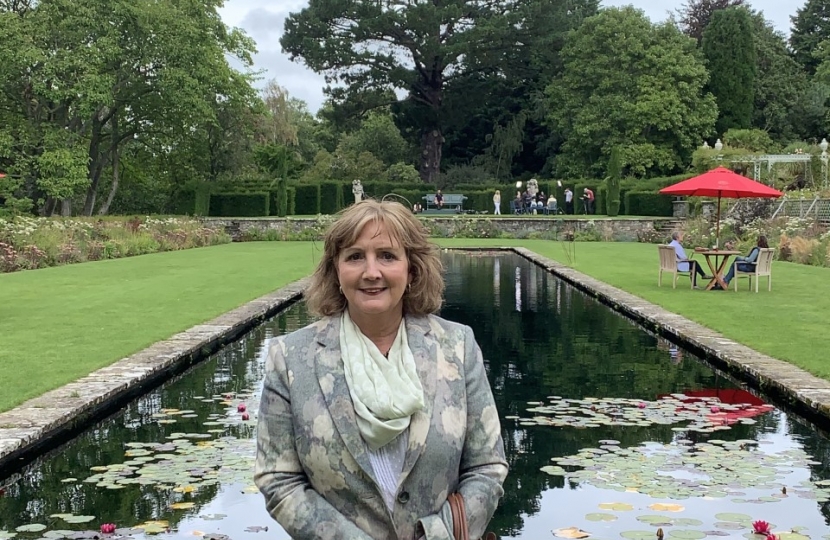 The Member of the Welsh Parliament for Aberconwy – Janet Finch-Saunders MS – has today (22 September) welcomed the announcement that passenger services will resume on the Conwy Valley railway line on Monday 28 September 2020.

The planned reopening follows a £2.2m investment by Network Rail along the route, which runs from Blaenau Ffestiniog to Llandudno in North Wales, with moves to make the railway more resilient to extreme weather events. Over the past two years, the rail line had been gradually washed away because of several instances of flooding, leading to lengthy closures and disruption for the people, businesses, and communities of the Conwy Valley.

“I am delighted to welcome this news from the Conwy Valley Rail Partnership. This forecasted reopening will reassure residents, who have been too often forced onto bus replacement services over recent years.

“Given that the Conwy Valley railway has been historically beleaguered by problems with the onset of even the mildest rain, I also welcome the installation of 16,000 tonnes of rock armour between Tal y Cafn and Llanrwst, which is a sensible approach given our changing climate and an increasing number of flooding instances locally.

“National Rail insist that this rock armour should help slow floodwater and prevent it from carrying away the railway embankment and ballast supporting the track. I will continue to review the situation over the coming winter months to ensure that this water defence is working as has been forecasted.

“With the promise of a more reliable timetable, I hope that the culmination of these works will show that local patience has paid dividends. This railway offers a pivotal service that connects some of Conwy’s most rural communities and so I have consistently pushed for further investment to secure its long-term future.

“With so many major UK attractions situated within a short distance of the stations, such as the Bodnant Gardens and, of course, Snowdonia National Park, it is vital that this essential transport route is also safeguarded for use to protect the economic prospects of North Wales."