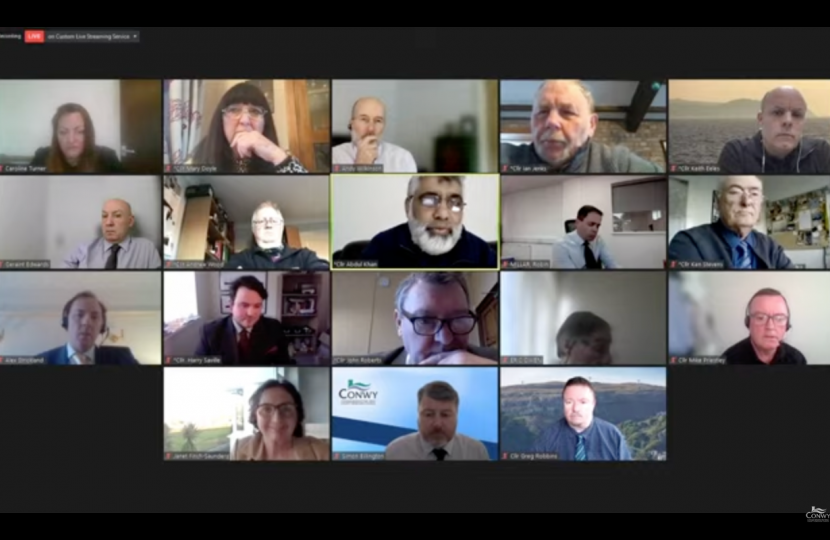 The Member of the Welsh Parliament for Aberconwy – Janet Finch-Saunders MS – has welcomed ​a vote by a Conwy County Borough Council Committee to quash an application by Network Rail to close Footpath No. 73 in Deganwy.

The Special General Licensing Committee heard from a range of stakeholders during the meeting, including Network Rail and Mr Robin Millar MP, before voting on the Public Footpath Rail Crossing Extinguishment Order under Section 118A of the Highways Act 1980. Network Rail submitted the application in March 2021.

Mrs Finch-Saunders has been campaigning on the issue for over eleven years. In 2019, Planning Inspectorate Wales took the decision that there remains a public right of way at the railway crossing at Warren Drive/Glan y Mor Road. Giving evidence to the Committee today, she urged the Council to “take the initiative” rather than leaving the decision to the Welsh Government in Cardiff Bay.

Commenting after her contribution, Janet said:

“Having made a great number of representations to the local authority, I welcome this decision by the Special General Licensing Committee which has ensured that the views and concerns of residents and businesses were recognised.

“Historical evidence shows that this crossing has been used for centuries, with public access across the railway at the point having been facilitated by Network Rail in the past, which is why all options to facilitate a crossing must remain on the table.

“This closure application was a blunt and unnecessary instrument which would have been a considerable blow for the community, particularly as we have worked tirelessly to see the definitive map for the area amended so that it includes a public footpath in a place where it was proven that the crossing was and is a public right of way.

“It has long been my contention that it is reasonably practicable to make the crossing safe. In fact, according to the Tywyn Footpath Level Crossing Impact Assessment Report from Network Rail, closure by diversion to a stepped footbridge could eliminate all risk. However, it has too quickly been discounted based on flawed reasoning.

“I support the assessment provided by a member of the Royal Town Planning Institute that, over a 50 year design life, there would be around 2.65 million bridge crossings by users meaning that the cost per crossing would be around £0.56p. Today’s decision will now allow the Local Authority to work with stakeholders, including Network Rail, to develop and fully cost such a stepped footbridge.”