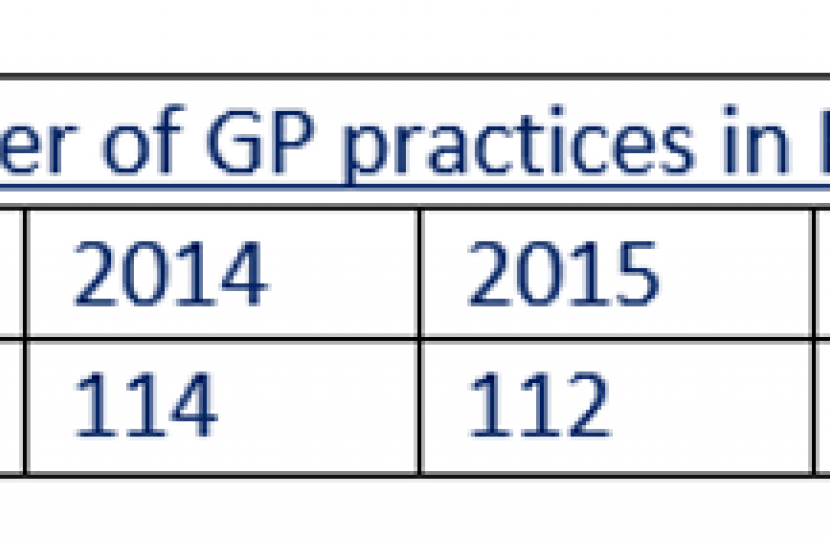 Following the finding that the number of GP practices in North Wales remained at its lowest level since 2011, Janet Finch-Saunders, Assembly Member for Aberconwy, has called on Vaughan Gething AM, Minister for Health and Social Services, to do more to support existing and promote the reopening of closed surgeries.

“It is common knowledge that our GPs are under increasing pressure.

“Locally, we have seen the closure of a practice in Conwy, and a reduction of medical professionals in Llandudno. More so, I am aware that some residents have chosen to queue outside surgeries before opening time so to try and get an appointment.

“Undoubtedly, our GPs are doing the best they can in very difficult circumstances, including the facts that we have an ageing population and more houses being built in Aberconwy.

“With the pressure on our doctors in mind, my finding that we now have the lowest number of surgeries in North Wales since 2011, and that there has not been any increase this decade, is most worrying.

“I have now written to Vaughan Gething AM, Minister for Health and Social Services, asking for an explanation as to what steps he is taking to support existing and promote the reopening of closed surgeries.

“Indeed, general practice is on the brink of an abys here in North Wales, especially when considering that last November it was found that there were 14 health board managed practices. What this means is that our struggling board has had to step in to run practices where GP partners have stopped, creating an unsustainable situation for the long term”.

Will the Minister explain what steps he is taking to encourage the opening of new GP practices in North Wales, and clarify how he will reduce the number of surgeries directly managed by Betsi Cadwaladr University Health Board?