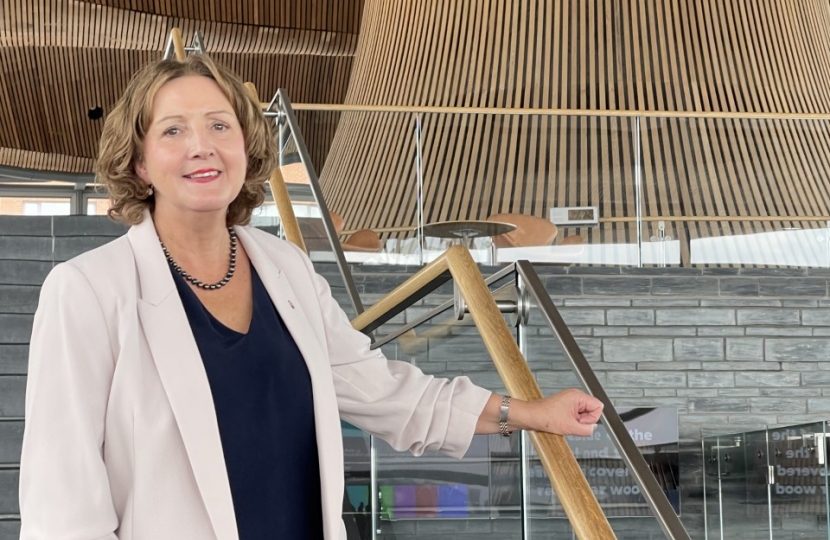 Following an alarming revelation about issues posed by the transition to a new casework system under Planning and Environment Decisions Wales, the Member of the Welsh Parliament for Aberconwy and Welsh Conservative spokesperson for housing – Janet Finch-Saunders MS – has written to the Minister for Climate Change to call for urgent action so that live appeals and casework can continue to be actioned.

Planning and Environment Decisions Wales is now responsible for handling all casework previously handled by PINS Wales, meaning that all appeals or casework for consents previously determined by PINS Wales is now directed towards the new body. The new service commenced on 1 October 2021, with a letter from fourteen months prior, warning that “live appeals or casework will cease to be available from either the Appeals Casework Portal or the Developments of National Significance Portal from that date.”

Mrs Finch-Saunders has now been made privy to correspondence from the body, which states:

“Whilst we are undergoing this transition period from the Planning Inspectorate Wales into PEDW we are without full access to our new casework system, or our documents. As such I am unable to provide an indication on the current status of the appeal in question. I know that colleagues in both the Welsh Government and the Planning Inspectorate are working to enable us to return to normal working practices as quickly as possible.”

Commenting on the situation which pre-empted her intervention, Janet said:

“It seems to me that this bureaucratic transition is causing a serious crisis as officials are without full access to the new casework system and documents, and as such, are unable to provide essential information on live appeals.

“With an open letter by the Chief Planner at the Planning Directorate, dated 15 July 2020, warning exactly of this potential situation, that the Welsh Government were blatantly unprepared for the technical teething problems that have followed raises serious questions about their preparedness ahead of such a transition.

“As a vital cornerstone of the planning process, and with an entrenched and recognised housing crisis across Wales, this farcical situation is completely unacceptable and unprofessional. The Minister must now arrange for urgent steps to be taken to ensure that the issues are resolved and that officials are able to continue with their work.”