AM Delight at Labour’s U-Turn on TAN 1 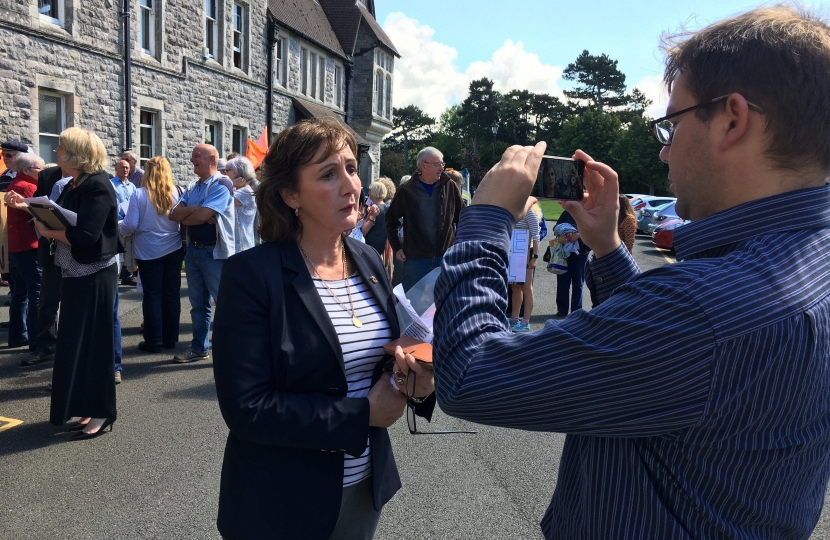 Aberconwy AM, Janet Finch-Saunders, has spoken of her delight at an apparent U-turn by the Welsh Labour Government over controversial planning guidance, which had been the key argument put forward for the proposed development of 110 houses on greenfield land in Deganwy.

“I am absolutely delighted that the Cabinet Secretary now proposes to temporarily suspend her controversial and unpopular changes to TAN 1.

“The previous changes to the way in which housing land supply is calculated was unpopular amongst many planning authorities, yet Labour pushed ahead with the changes – threatening greenfield sites and communities across the country.

“Having publically called for a reversal of this guidance, and having spoken up in Committee to demand a Plenary debate on this issue, I am delighted that the Welsh Labour Government has finally listened to sense and changed their stance on this matter.

“The proposals are out for consultation now, and I would urge anyone who really cares for our countryside and communities to contribute to this. At present, the Welsh Labour Government seeks to dis-apply a part of TAN 1 temporarily, but I would encourage all to speak up and call, with me, for the Cabinet Secretary to go much further and ultimately ensure a complete change in the calculation methods used. Housing need figures must be fair, reasonable and accurate – and should not threaten our precious greenfield land.”

The consultation is available here: https://beta.gov.wales/technical-advice-note-temporary-dis-application-of-paragraph-6-2