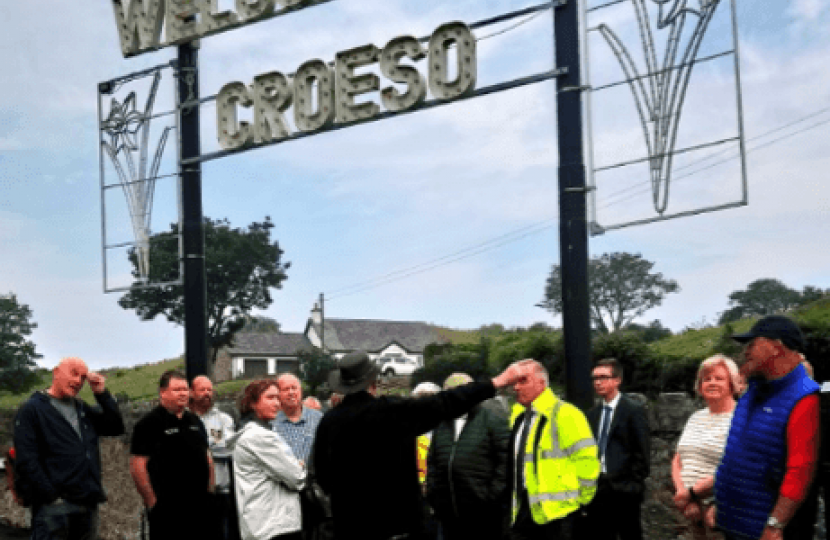 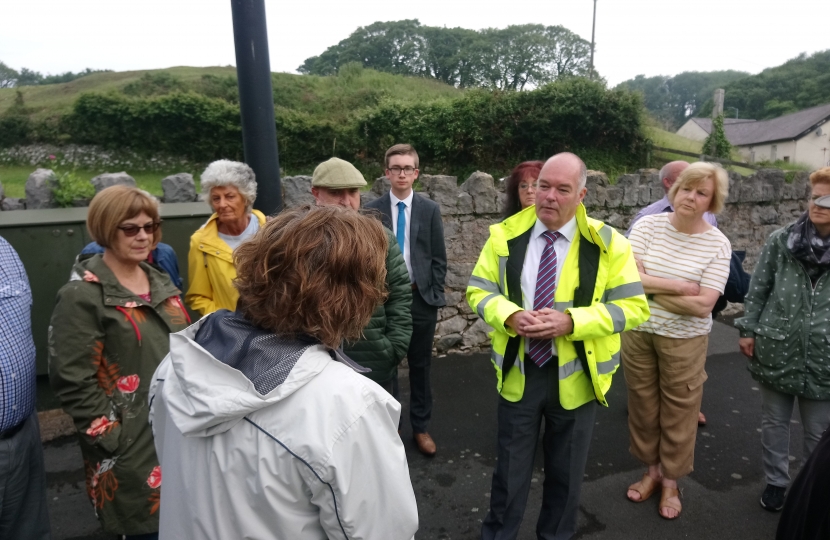 Following the decision by Arriva Buses Wales to divert the number 12 bus away from Bryn-y-Bia road, Llandudno, Janet Finch-Saunders, Assembly Member for Aberconwy, is pleased to be working with local residents and Arriva to see the service return to Penrhyn-Side.

After the site meeting with concerned residents and Arriva, Janet said:

“I am grateful that Arriva is cooperating with us, and sent a representative to hear concerns and see the terrain.

“What the decision to divert the bus along Colwyn road has meant is that residents in Penrhyn-Side are having to walk up and down extremely steep hills to catch a bus.

“There are many older people in the area, and some have already been deterred from using public transport because of this change.

“Alongside contributing to isolation, I fear that the change in route is having a negative impact on businesses in Penrhyn-Side too, with them having become less accessible than before.

“Whilst I appreciate that the route is serviced by the 14 and 15 during the core part of Monday to Saturday, I am aware that the reduction in evening and lack of Sunday services remains a major problem.

“At the end of the day, I believe that it would be economical to have the bus running along Bryn-y-Bia road again. It is only slightly longer than using the Colwyn road route, and would mean that the bus can use three additional stops in each direction”.