AM’s plea for 2.1% of multimillion budget to be invested in a cycle path between RSPB and Glan Conwy 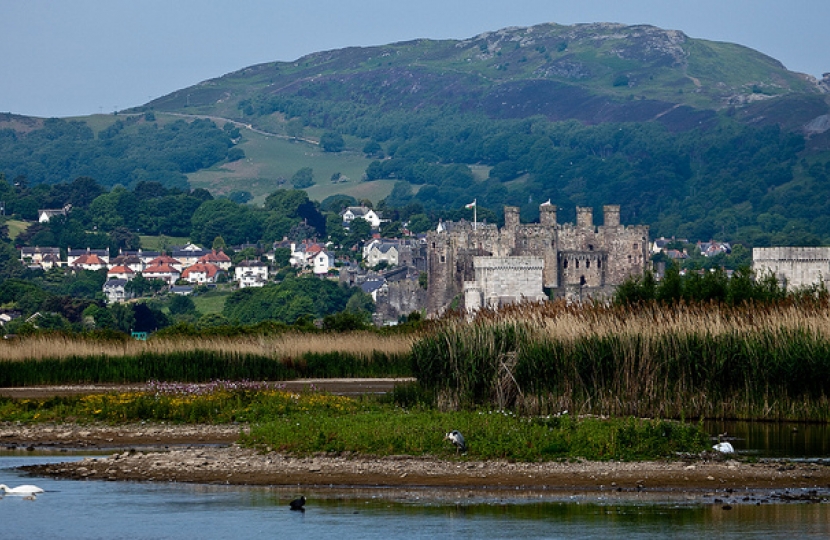 Despite years of refusal by the Welsh Government to fund a cycle path between RSPB and Glan Conwy, Janet Finch-Saunders, Assembly Member for Aberconwy, has challenged the Cabinet Secretary for Economy and Infrastructure once again, asking if some of the recently announced £60 million investment in active travel can be used to fund this project.

“Whilst Conwy County Borough Council and I have been campaigning for a cycle path between RSPB and Glan Conwy for over a decade, the project received a major blow with the Welsh Government’s unreasonable decision to refuse to invest £1.26m in March.

“Despite this set back I am committed to making the most of my position as an Assembly Member, through which I have recently spotted a new opportunity to get the scheme back on track.

“Earlier this month the First Minister announced that the Welsh Government is making a step change in its approach to active travel, symbolised accordingly by the decision to invest £60 million over the next three years in creating new active routes across Wales.

“Unfortunately, the Welsh Government has refused to tell me whether 2.1% of this multimillion budget will be invested in Glan Conwy – leaving us all in suspense by stating that the allocation of the money will be announced shortly”.

Will the Cabinet Secretary confirm whether the recently refused application for a cycle path between RSPB Conwy and Glan Conwy will be reconsidered, and state whether some of the £60 million investment in active travel over the next three years might be used to fund this project?

Conwy County Borough Council submitted a bid for funding of £1.26m from the Local Transport Fund for 2017-18 for phase 1 of the proposed Glan Conwy to RSPB active travel route. Phase 1 included the construction of a route through the RSPB Site and a new bridge over the Llandudno to Blaenau Ffestiniog rail line.

All applications were assessed against the criteria set for the grant. Applications totalled almost twice the funding available and the Glan Conwy to RSPB scheme did not score as highly as other schemes and therefore no funding was awarded for the project.

I will announce how the additional funding of £60 million for active travel will be allocated shortly and my officials will contact Local Authorities with further information and guidance.

Welsh Government pushes the pace on walking and cycling

Conwy Council and the Welsh Government’s Path to Pennilessness