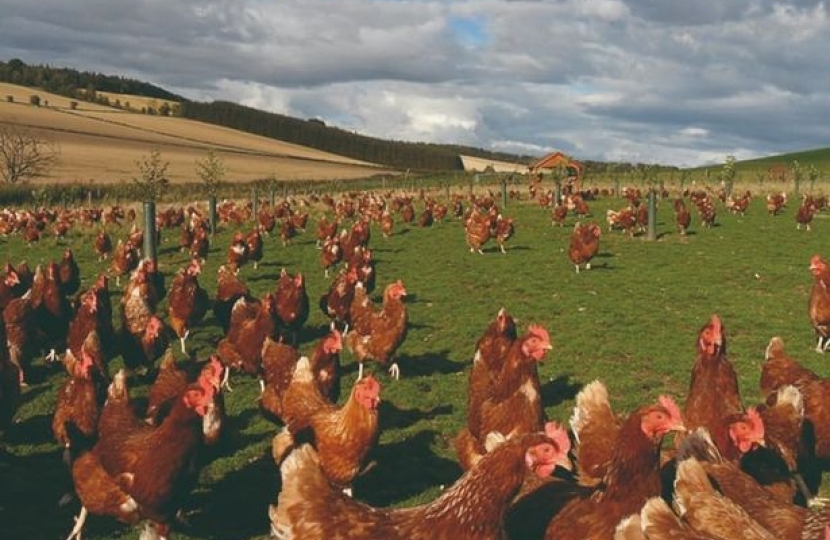 It's well-known that sheep outnumber people three to one in Wales.

But the fluffy farm animals, who number around 9.5 million, are about to be overtaken by chickens.

It is estimated that the number of poultry is set to top 10 million by the end of the year - and animal rights campaigners blame an explosion in "mega-farms" over the past few years.

The industry is now worth £6.4 billion to the British economy - and its continued rise means lower poultry prices for shoppers.

However, The Campaign for the Protection of Rural Wales (CPRW) said they alarmed by the increase.

Dr Christine Hugh-Jones, from the charity, said: "Applications for poultry units a re coming in thick and fast and they virtually never get refused".

The proposals, by Langdon Enterprises Ltd, are the latest in a long list of applications for large poultry farms which have appeared "like mushrooms" according to TV naturalist Iolo Williams.

Last year, council officials in Gwynedd gave permission for a 30,000 bird farm in Snowdonia to be built.

In 2008, Welsh Government figures said there was 2.1 million of the birds. But fast-forward to 2018 and that figure now stood at 8.1 milion.

Based on current trends, CPRW said the poultry population will go up by another 1.9 million by the end of 2019.

The move comes as farmers look to diversify amid continued difficulties in the agricultural industry and the prolonged uncertainties surrounding Brexit.

Whereas lamb and beef are the most popular meats exported to the EU, eggs are mostly sold within the UK.

And the rise in the number of poultry farm applications in Wales since the EU referendum vote is clear.

In Powys, the poultry farm capital of Wales, more than one hundred poultry units have been approved between April 2016 and June 2018.

Only three applications were refused.

Those trends have also been fuelled by a rise in demand for eggs. Last year, more than 13 billion eggs were consumed in Britain - that's 199 per person.

Producers are also bracing themselves for changes in 2025 - when most retailers have committed to selling only free-range eggs.

The British Free Range Egg Producers Association (BFREPA) have expressed concerns that the current growth made lead to oversupply and declining prices - potentially good news for consumers but bad for farmers.

One member of the association said: "We are already in a position of price cuts and egg oversupply. Consumption is growing, but not half
as quickly as the industry is expanding."

However, some warn that the surge in so-called "intensive poultry units" - or IPUs - could harm the environment.