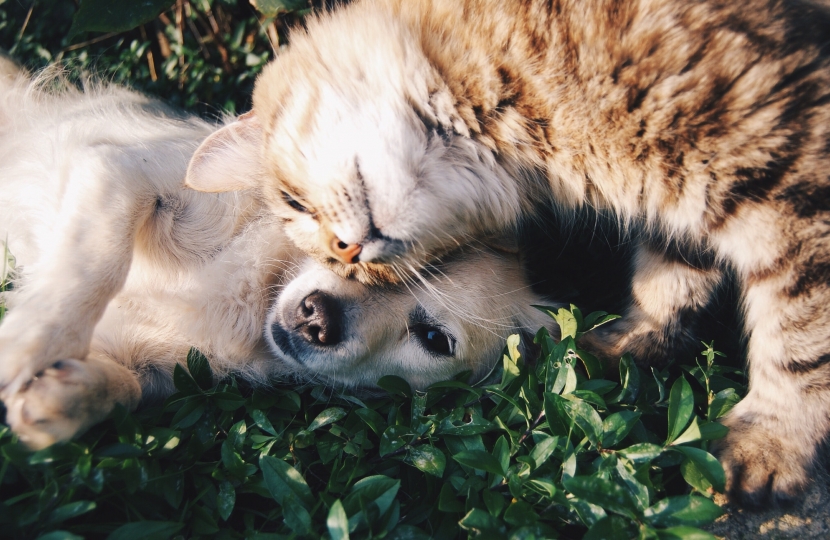 Janet Finch-Saunders MS – the Welsh Conservative Shadow Minister for Climate Change, Energy and Rural Affairs and the Member of the Welsh Parliament for Aberconwy – has today (18 November) urged the Welsh Government to consider petitioning for a change in legislation to limit the use of fireworks to major public displays, following increasing concerns about their impact on pets and livestock.

Approximately 54% of cats, 55% of horses, and 62% of dogs show signs of distress as a result of the noise. Despite 72% of people in Wales recognising that fireworks can negatively impact on animal welfare, the RSPCA receives an average of 400 calls each year due to fireworks.

Commenting, after her question to the Welsh Environment Minister, Janet said:

“Recent polling has found that 67% of Welsh residents agree that the law should be amended to better protect animal welfare. Over recent years, the firework season has extended beyond the famous nights and begun to move into the domestic sphere. This has had implications for our safety, as well as the welfare of our pets and livestock.

“This is why I have called on the Welsh Government to consider petitioning to limit their use in Wales to major public displays only. As this area of policy is not devolved, this stance must be properly conveyed to the UK Government, with an update provided to the Welsh Parliament. In reviewing the current legislation, I also ask officials to consider the technological advancements of silent fireworks.

“For the sake of our pets and livestock, and as custodians of this land, we must all consider the impact that we have on their welfare.”