Appeal to buy Welsh produce made by Aberconwy AM 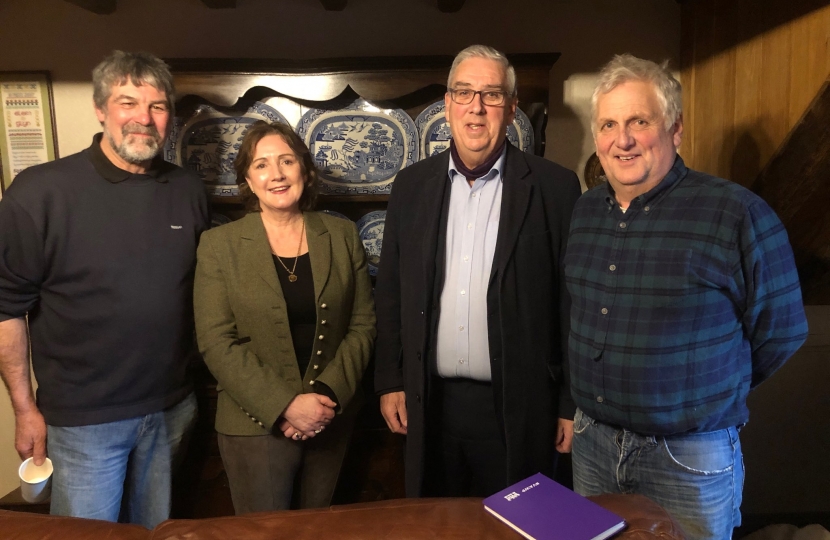 AN APPEAL for shoppers to support Welsh farmers by buying local produce was made by Janet Finch-Saunders AM for Aberconwy at a farmers’ breakfast.

The breakfast, at the farm of Glyn Roberts, president of the Farmers’ Union of Wales near Betws-y-Coed, is an annual event which raises funds for charity.

“It’s admirable the farming community is putting others first during a challenging time for the sector. Just think, while so many of us have the chance to stay and work in doors during this freezing weather, farmers have no option but to be outside to produce premium produce.

“Really, their selflessness and work ethic can be easily supported and rewarded by all of us here in Conwy. Indeed, we should make a greater effort to buy local produce.

“The options are endless and include meat from local butchers, dragon cheese, Cae Melwr Eggs, and Llaeth y llan yogurts.

“Greater reason to do this is the fact that for every local potato, lamb, or pint of milk we buy, that money is going to support both farmers and the communities they help sustain across our county”.