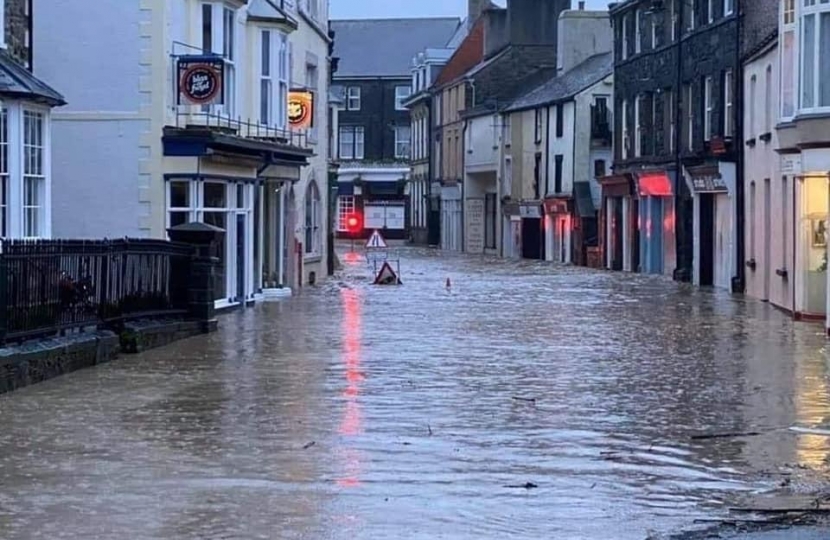 THE Welsh Government has refused to hold an independent inquiry into flooding in the Conwy Valley.

Janet Finch-Saunders, AM for Aberconwy, asked for an inquiry following the damage caused by Storm Ciara, particularly in Llanrwst.

“It is too early to say whether the flooding at Llanrwst was solely due to the main river. It is for the Local Authority to now investigate the cause of the flooding.”

Mrs Finch-Saunders said: “I am frustrated that the Minister could not provide the reassurances I was hoping for. We need an independent inquiry as it would consider the picture as a whole.

“The Local Authority and Natural Resources Wales were responsible for investigating the causes of the flood last March, and look where we are now."

She asked the Minister: “Given the shocking state of events over the weekend, will you now review the advice given to you by NRW, and support the many calls for an independent review of the flood mitigation measures in the Conwy Valley?

“My fear is that the investigations by the Local Authority and NRW will not go far enough, and that we could be seeing equally bad flooding in other areas of Llanrwst and the Conwy Valley sometime soon.

“In the short term, the Minister needs to use the Emergency Financial Assistance Scheme to provide discretionary support to the local authority to ensure it does not face an undue financial burden through providing relief and carrying out immediate work in response to this emergency”.