Arriva Bus services set to undergo a raft of changes 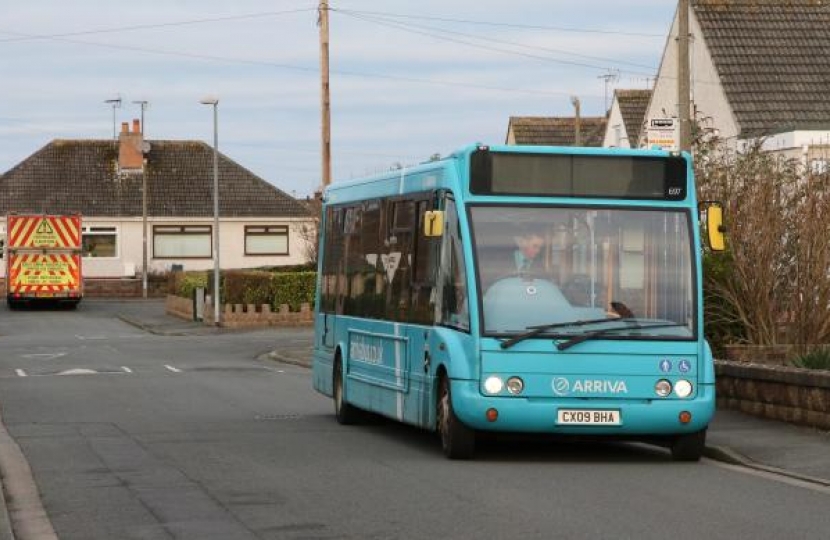 BUS users have expressed their unhappiness over public transport giant Arriva imposing a massive shake-up of its timetables later this month.

These changes, which are set to impact direct bus routes to major locations, have sparked protests, complaints to councillors and politicians and led to the launch of a petition.

Arriva is standing by the changes, saying its necessary decisions are due to low numbers of users for each of the services.

Bus users in Nant-y-Coed are set to see their travel time to Conwy and surrounding areas increase, with the number 27 to no longer to serve the area.

The number 27 will also no longer stop at Llandundo Junction Railway Station.

Students will be among those affected, with the number 14 and 15 services to stop servicing Ysgol John Bright in Llandudno.

Number 26 commuters using the bus to get to the palladium are also going to be forced to find a new service, with the Llandudno landmark taken off the route.

The X5 route is set to be one of the most affected, with Abergwyngregyn and Dwygyfylchi cut off from the majority of the X5 services.

This is set to double the travel time of commuters to venues including Llandudno Hospital.

Aberconwy Assembly Member Janet Finch-Saunders said she has been approached by a number of concerned constituents and has called for the changes – due to come into force from Sunday, January 27 – to be postponed so a more through consultation can be undertaken.

Mrs Finch-Saunders said: “Buses provide a lifeline for residents, with many actually reliant on them to get to our town centres and access employment.

“While I welcome a few of the changes, such as the fact that some services will now go to Westshore, I have concerns about others – including the fact the number 15 will no longer serve Conwy Marina, and the 13 to Glan Conwy, ceased.

Mrs Finch-Saunders added: “Such is the disappointment about the changes that I have received a strong petition from constituents requesting Arriva Buses formally review the decision to withdraw the 13 from Llandudno to Glan Conwy.

“Clearly, many residents are unhappy, and I therefore have had to question how it has reached this point.

“What I believe to be the crux of the problem is a poor level of communication by Arriva Buses.

“Personally, despite having met and corresponded with the managing director, I only became aware of some of the changes after receiving complaints from constituents.

“Also, while some saw notices on buses, and were able to attend surgeries in Llandudno and Colwyn Bay, I do not believe that enough has been done to consult the communities directly affected, including Glan Conwy, Conwy, and Dwygyfylchi.

“Going forward, I would welcome the changes being postponed so that a more thorough consultation can be undertaken.”

On the X5 service, most journeys will no longer serve Abergwyngregyn and Dwygyfylchi.

Some journeys that continue to serve these journeys will be renumbered as 5D.

In Llandudno, all journeys will extend to West Shore.

Service 26 will operate from the Great Orme direct to Mostyn Street/Marks and Spencer bus stop, therefore no longer serving the Palladium.