Ban on wild animals given initial backing by AMs 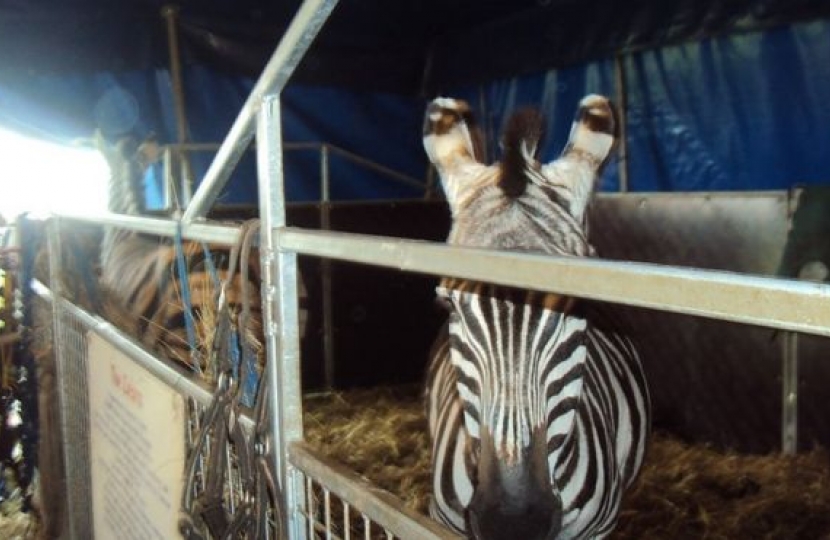 A new law banning wild animals in circuses in Wales has won cross-party support in the assembly.

It follows moves to outlaw the practice in Scotland and England.

Rural affairs minister Lesley Griffiths said she does not want Wales to be a "sanctuary" for the remaining two circuses using wild animals in the UK.

The legislation passed its first hurdle in the assembly after AMs agreed the general principle of the bill without objection.

The proposed law has been welcomed by the RSPCA but a man described as Britain's last lion tamer, Thomas Chipperfield, has called it "illiberal".

Ms Griffiths told the assembly that using wild animals "purely for our entertainment cannot be justified".

"It is outdated and unethical," she said.

She said the ban would allow for a consistent approach across the UK, with the ban in England coming into force later this month.

Conservative AM Janet Finch-Saunders said the RSPCA had called for police constables to be given enforcement powers.

Ms Griffiths said it is unlikely there would be many cases that would require police investigation because the offence would take place in public.

Plaid Cymru's Llyr Gruffydd said the minister had made "heavy work of justifying why the government has used ethical grounds for legislating in this area".

She had told a committee that banning the use of wild animals in travelling circuses could not be done for animal welfare reasons "because the evidence isn't there".

But Mr Gruffydd said the government had said it would regulate static circuses, if there any were to be set up in Wales in future, on welfare grounds.

The minister "failed to explain the rationale" for the difference between the two approaches, he said.

Ms Griffiths said there was no evidence of recent mistreatment of wild animals in circuses. "I absolutely knew we could not do this on welfare grounds," she said.

David Rowlands said his Brexit Party group supported concerns from the RSPCA that parts of the bill are too narrow in not stopping wild animals from touring with circuses.

But Ms Griffiths said it was circus owners "prerogative" if they keep their animals "and use them in a different way", "provided they do it within the law".

The law has three more stages to pass in the assembly before it becomes law.