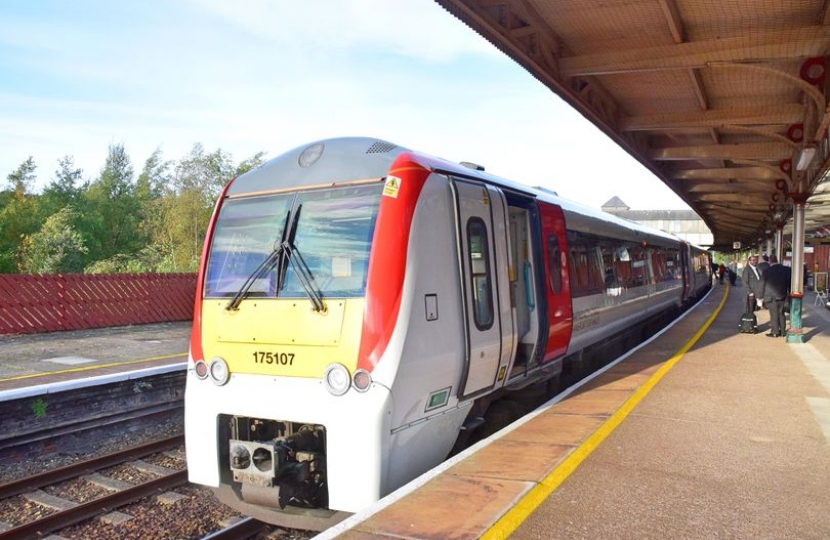 The Welsh Government has been accused of "failing" a North Wales railway line passing some of the region's top tourist attractions.

Last week, North Wales Live reported the sleepy Dolgarrog railway station on the Conwy Valley Line is the least visited in the country.

And according to new figures released by the Office of Road and Rail (ORR), it was revealed four of Wales' least busy stations are on the same line through, that runs from Blaenau Ffestiniog to Llandudno Junction .

Now, following the news, Aberconwy AM Janet Finch-Saunders who launched an investigation into the findings claims the Welsh Government is "failing not only the one station, but the whole Conwy Valley line".

She found Pont-y-Pant, the second least used station on the line with only 842 passengers, saw almost a 40 percent decline in users since 2016/17.

Roman Bridge, which saw only 942 users in 2017/18 reported a drop of more than a quarter since the previous year, while Tal-y-Cafn station that served only 1,148 passengers in 2017/18, saw almost a 14 per cent decrease form the year before.

"Almost every station south of Deganwy has seen a worrying fall in usage during 2017/18," she said.

"This line provides access to some of Wales’ top attractions, such as Bodnant Garden, Gwydir Castle, Surf Snowdonia, and Zip World Fforest. More so, Betws-y-Coed is the beating heart of Wales’ most important national park.

"With such brilliant reasons for people to use our local stations, the Conwy Valley Railway line has fantastic potential.

"Frustratingly, the Welsh Government are just not embracing it, and have seen stations at top destinations like Betws-y-Coed serve less people.

"Instead of encouraging people to use the line, it [Welsh Government] and Transport for Wales have actually overseen the removal of trains from the track."

She told North Wales Live that "serious questions" need to be asked as to what measures are being taken to promote the "beautiful line to protect its future and benefit the local tourist industry, which has become so important to the Welsh economy".

"Currently, it is clear to me that the Welsh Government is failing the Conwy Valley Railway Line," she said.

Transport for Wales however confirms passengers on the Conwy Valley line will be among the first in Wales to see "fully refurbished additional trains serving the line" as part of its "mission to transform rail services in Wales".

It says as a result, and due to its "special status", it hopes to see passenger numbers at Dolgarrog jump in the coming year.

Colin Lea, Commercial and Customer Experience Director for Transport for Wales rail, said: "We are very aware of the importance of tourism to the communities we serve.

"The Conwy Valley Line has a fantastic Community Rail Partnership working closely with tourist attractions in the local area on marketing and communications.

"We would like to invite Mrs Finch-Saunders to visit us to learn about our exciting plans for the future.”

A Welsh Government spokesperson said it "strenuously refute claims" it is "running down services on the Conwy Valley lines".

They said: "The contract we agreed in June will see £5billion invested in our rail network the length and breadth of Wales.

"From spring 2019 we will be introducing Class 230 trains to services on the line. These rebuilt trains will have greater capacity than the current trains and an improved customer experience, including power sockets, electronic passenger information, air conditioning and more bicycle spaces.

"They will also enable faster journeys and a year-round Sunday service on the route from December 2019.

"These trains will themselves be replaced from 2022 by brand new trains - built in Wales."