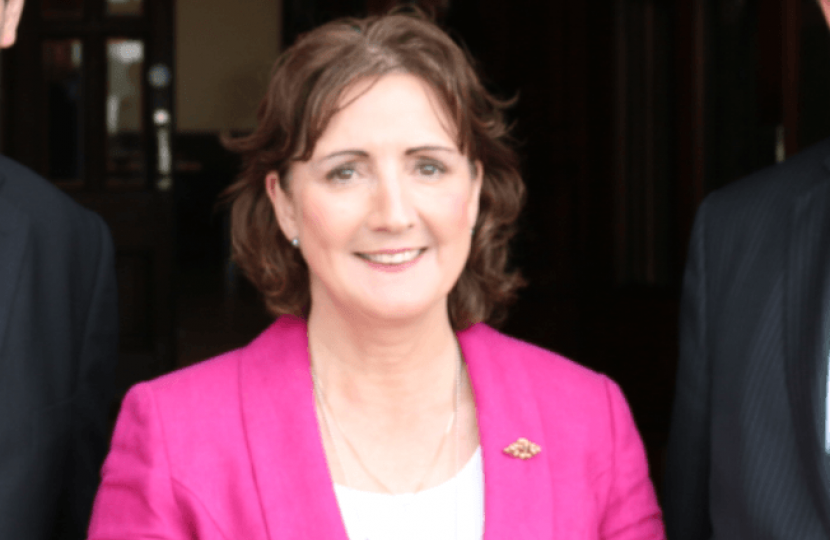 Welsh Conservatives in the Assembly chamber will today called on the Welsh Government to do more to support the silent army of young carers across Wales.

Leading the debate is Shadow Minister for Social Care, Children, Young People and Older People, Janet Finch-Saunders. She will urge the Welsh Government to recognise the needs of the 21,000 young adult carers across Wales aged between 14 and 25, and what can be done to improve their lives.

Wales currently has the highest proportion of carers under the age of 18 in the UK, at 2.6% of the total 370,000 carers of all ages. Carers in Wales provide a staggering £7bn of unpaid care every year.

Mrs Finch-Saunders will use today’s debate to call on the Welsh Government to address the support needs of young adult carers who face barriers in accessing education, training and employment.

Welsh Conservatives are asking the Welsh Government to listen to their long campaign for the introduction of a Young Carers ID card, which is aimed at ensuring public services and other professionals recognise the role of young carers.

The card must be properly implemented by all local authorities, but would raise awareness of the crucial support young carers provide to their families, while reducing the need to repeatedly share information of a personal nature. The card would also serve to aid carers in education, and when using the healthcare system.

The Welsh Conservatives are also pledging to create a Young Adult Carers Future Grant of £60 a week to enable access to full time education and training without the threat of losing the carers allowance.

Lastly, Mrs Finch-Saunders is set to call on the Welsh Government to follow her party’s proposals for the introduction of a Green Card scheme to provide all of Wales’ 16 to 24-year-olds with access to unlimited free bus and rail travel.

The scheme has been welcomed by transport stakeholder groups as a cost-effective means to relive the economic burden on younger people in Wales who travel for education or training, as well as cutting fuel pollution emissions.

Commenting ahead of the debate, Mrs Finch Saunders said:

“Young adult carers in Wales are three times more likely to face hardships in accessing education and training, and this is simply not acceptable. I want to see young people of all backgrounds flourish through appropriate support.

“These young people are already juggling the responsibilities of caring for a loved one with their education, careers and friendships, and if they don’t get the correct support this can have a lasting impact on their futures.

“Welsh Conservatives recommendations to help young carers have been repeatedly ignored in this chamber, but I’m calling on the Welsh Government to sit up and just make these small changes, which will have a big impact on the lives of these incredible young people.”

Notes to editors: Motion below for reference

To propose that the National Assembly for Wales:

1. Notes that there are more than 21,000 young adult carers in Wales aged 14-25 who provide assistance and support for families and friends.

2. Is deeply concerned that young adult carers have significantly lower educational attainment than their peers and that they are three times more likely to be not in education, employment or training (NEET).

3. Calls on the Welsh Government to urgently address the support needs of young adult carers, as well as barriers to education, training and employment they face, including:

a) early identification of young carers to help them with accessible support and reduce the likelihood of young people disengaging from education;

b) bringing forward national introduction of the young carers’ ID card alongside a duty for local authorities to implement the card;

c) increasing awareness of local authorities of their duties under the Social Services and Wellbeing (Wales) Act 2014 to promote the wellbeing of carers who need support; and

d) helping young carers to access post-16 education, including through the introduction of a concessionary travel scheme.