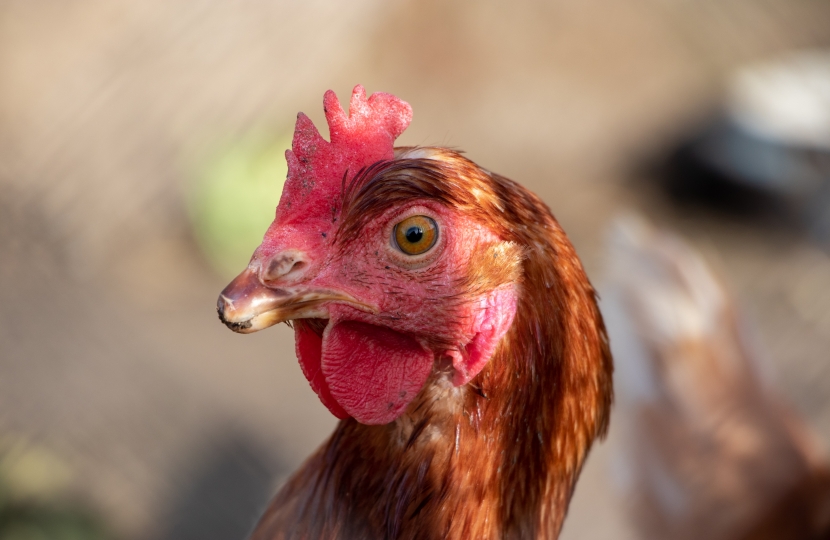 The Member of the Welsh Parliament for Aberconwy - Janet Finch-Saunders MS - has today (29 June) spoken of her letter to the Chief Executive of Tesco, in which she called for the company to launch an industry-leading education campaign that highlights the blight of caged hen eggs.

The UK egg industry is worth billions of pounds each year. Tesco had previously announced that the company will stop sourcing eggs from caged hens by 2025. However, according to RSPCA Assured, approximately 50% of egg laying hens in the UK are still kept in battery cages.

"My constituents are rightly dismayed at a local Tesco supermarket which has begun to sell caged hen eggs in ever greater volumes. It has long been accepted that the wire mesh cages used to house battery hens fail to allow enough space to scratch freely and perch comfortably, often leading to frustration and suffering.

"Tesco must stop putting cost above welfare. Their actions undermine the significant moves by local farmers to improve their welfare standards, often letting their flocks roam free to enjoy the open pastures of North Wales.

"As a world renowned British brand, with a history of food education, Tesco stands in a privileged position to help facilitate change. I have asked the company to look at providing clear signage about the circumstances in which these eggs came about.

"A pioneering and positive campaign by Tesco could also provide further educational resources to consumers about the caged eggs hidden in processed foods, like pasta and cakes, so consumers can make an informed choice when shopping."