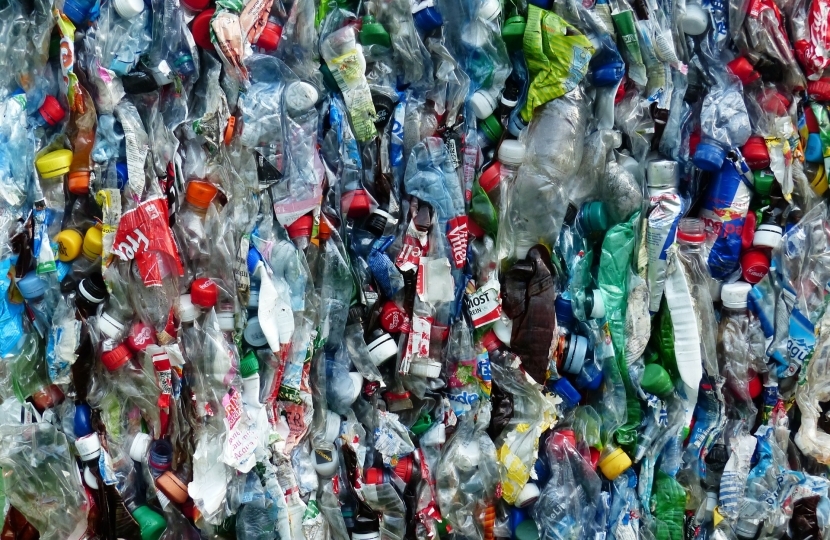 The Welsh Conservatives’ Shadow Minister for Climate Change, Energy and Rural Affairs – Janet Finch-Saunders MS – has today (30 July) spoken of her alarm at new research which warns that the amount of plastic ending up in the world’s oceans could nearly triple by 2040, without major action to curb the problem.

The new research suggests that the amount of plastic that ends up polluting the seas will rise from 11 million tonnes a year in 2016 to 29 million tonnes in 2040 if no action is taken. This subject is a complex issue as plastic items are crafted in tens of thousands of shapes, sizes, polymer types and additive combinations, across the world.

Commenting on the issue, Janet said:

“This latest research about the possible future extent of plastic pollution in our marine environment is extremely concerning. Coupled with the fact that there is an average of 322 plastic items per 100 metres of Welsh beachfront and that approximately 40% of our nation's litter tends to be drink containers, then the scale of the challenge becomes alarmingly apparent.

“This research suggests that if countries only move to ban single use plastics, as is proposed by the Welsh Government, this would merely reduce the amount going into the oceans by 7%. It shows that bold and innovative leadership is required to transform this issue in a way that protects the environment, cuts costs and generates new green-collar jobs.

“This is why a future Welsh Conservative Government would work to introduce a drink containers deposit return scheme – something which the Party has been calling for since 2015. This would be a system-wide change to the way that plastic is handled and will radically improve waste collection.

“Alongside this, the Welsh Conservatives continue to work to investigate how to best reduce plastic production, and how Wales can lead the way in substituting some plastics with other materials. I urge members of the public to contribute to our online digital petition to register their views on this vitally important matter.”