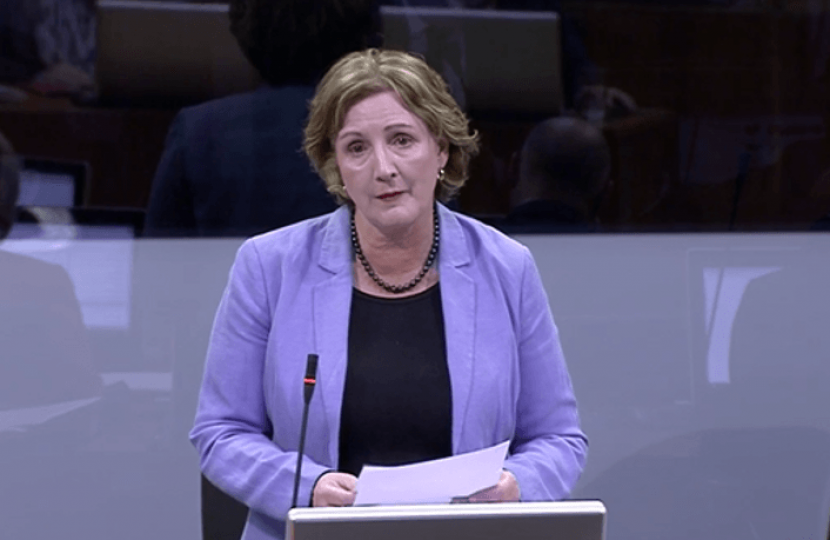 I would really like the Minister to provide a statement on the horrendous flooding that occurred in north Wales and other parts of Wales, actually, this weekend. We were really hit badly in Aberconwy and I saw things I've never seen in any other flood prior to. The A470 was closed the whole length of the Conwy valley and the reinforced railway at Llanrwst is now dreadfully damaged and it will be several weeks before that is in use again, after having some money spent on it only recently. Houses and businesses were flooded in Dolwyddelan, Betws-y-coed, Maenan and, indeed, Llanrwst, where again the Dutchdam did not work—and that is a flood alleviation scheme, quite an expensive piece of kit that was put in, and it's not the first time that it's failed, so I would really ask that a statement is given on that. To the west, Gwydir castle and gardens, the only grade I listed gardens in Wales, saw its sandbag defence give way and a terrifying fast-flowing torrent.

Trefnydd, this incident this weekend absolutely caused so many problems for me in Aberconwy and my residents. We had young people being rescued from the roof of a car—it's in all the national newspapers. And, frankly, there's a huge contention now that the flood alleviation scheme that has been put in place some years ago—whilst it's benefiting some, it's actually having an adverse affect on others. I've called a public meeting for 5 April—that's all I can do at the moment as an Assembly Member. I am really imploring this Assembly—this Welsh Government—to please make a statement and provide some reassurances for my residents, for people now. My businesses are facing thousands and thousands of pounds' worth of damage; some are not even able to open. There needs to be further support, and there needs to be a new look at the flood defences in Conwy. Thank you.

Rebecca Evans AM, Minister for Finance and Trefnydd:

We had a statement on flooding and flood defences just last week from the Minister, who outlined a £50 million programme of investment for flood and coastal risk management across Wales. And that means that, over the lifetime of this Government, we'll invest over £350 million in flood and coastal erosion risk management in Wales. I think we can say that we have received reports of assets working well over the course of the weekend, including in Llanrwst, Conwy valley, St Asaph and Bangor-on-Dee, where the flood schemes in place did reduce the number of properties flooded. We know that around eight homes were flooded, and around 40 properties have had their gardens flooded as well. And, clearly, our thoughts are with those people, because it's a terrible experience for anybody to go through. We know that NRW have reported defences and procedures in place at Bangor-on-Dee performed well, protecting 381 properties within the flood warning area. Conwy County Borough Council report that telemetry systems it installed on culverts, using Welsh Government funding, have also worked well and allowed them to view and identify areas where debris was blocking water courses, to enable them to send out teams to those areas to remove those blockages quickly. And, of course, the remote cameras installed at Plas Isaf in Llanrwst worked well during the flood event, providing council staff with a warning of potential blockages to water courses, allowing them to have the time to send teams to clear the area, ensuring that the risk of flooding to properties was removed.

So, I think that the evidence does seem to be that, certainly, defences did work well, protecting a large number of properties. It will be several days of course before the full impacts have been identified, and I will ensure that the Minister writes to you ahead of your meeting on 5 April, so that you do have the very latest on Welsh Government action in this area.