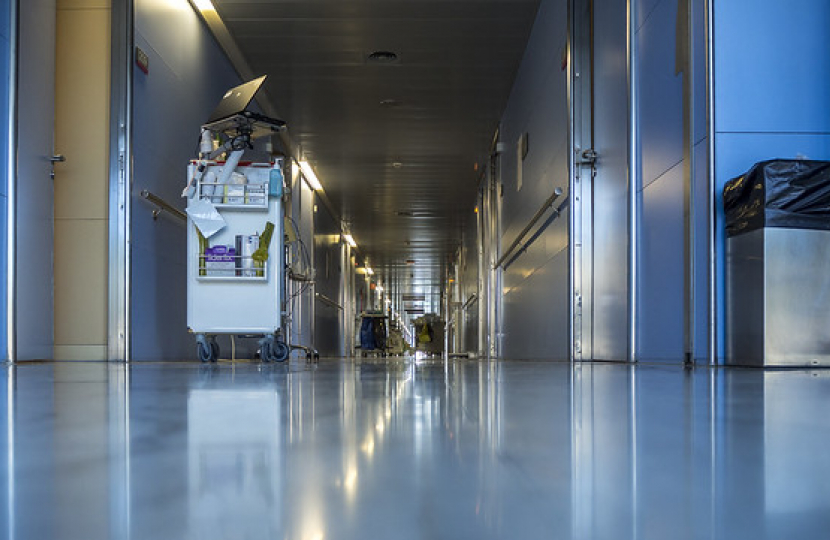 The Member of the Welsh Parliament for Aberconwy – Janet Finch-Saunders MS – has spoken out in the Welsh Parliament today at the need for Eluned Morgan MS, Minister for Health and Social Services, Welsh Government, to take steps to expand the responsibilities of smaller hospitals in North Wales, including Llandudno, as part of a plan to tackle the challenges being faced by the health service.

Speaking after scrutinising the Minister for Health and Social Services, Janet said:

“The Minister has admitted today that Betsi Cadwaladr University Health Board needs some attention.  To be frank, it needs actual action not just attention.

“COVID-19 hasn’t caused the waiting list backlog, it has exacerbated problems already being experienced within the Welsh NHS.

“The staggering worsening delays we are encountering in Betsi Cadwaladr form part of over a decade of decline and over centralisation in three major hospitals: Wrexham, Glan Clwyd, and Gwynedd.

“Look at Llandudno Hospital. Prior to the pandemic it already had empty wards, and then the management team at the board went and closed the Ambulatory Care Unit (ACU) in 2021!

“Following my campaign to try and reduce pressure on the three major hospitals, the Health Board has undertaken a 6 month Bridging Service which is seeing patients who are medically fit to be discharged, and have a suitable care package in place, transferred to the specially configured Aberconwy ward in Llandudno. This is an absolutely fantastic initiative to ease pressures on beds in main acute sites, and I was pleased to make the case for the Minister to push all health boards to replicate it.

“I have also placed on record my belief that Nant y Glyn Community Mental Health Team in Colwyn Bay is failing residents. It cannot be right that constituents are reporting being unable to get through to the centre on the phone, let alone any specific support.

“There is no easy solution to the crisis in our Welsh NHS, but I am clear that making the most of every hospital in North Wales, not just the big three, and increasing the number of medical school places, are levers that the Welsh Government should use to help the NHS”.