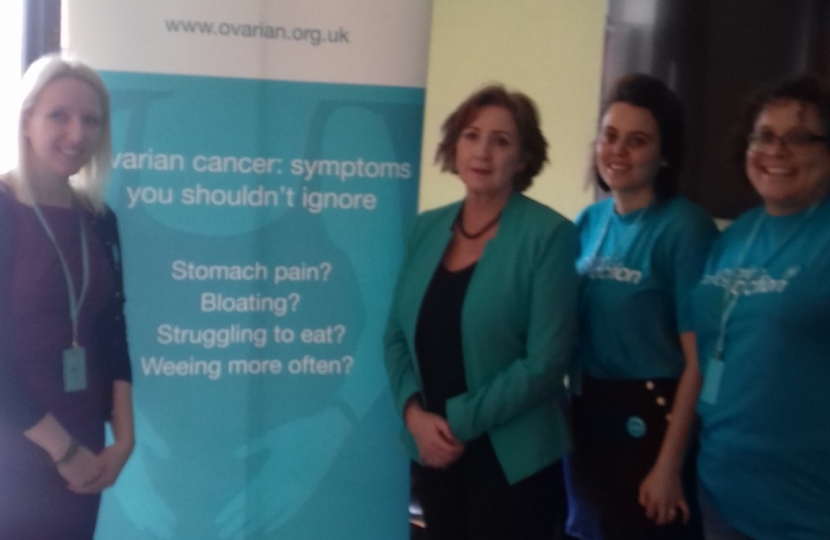 As part of this Ovarian Cancer Awareness Month, Janet Finch-Saunders, Assembly Member for Aberconwy, has joined in the cross-party effort at the National Assembly for Wales to improve awareness of symptoms across Wales.

“Ovarian cancer affects around 25,000 women in the UK, and 350 women are diagnosed in Wales annually.

“Having met with women affected by ovarian cancer, and representatives of Ovarian Cancer Action yesterday, I am clear that there needs to be greater awareness of the symptoms and earlier diagnosis.

“This is supported by the fact that research carried out by Target Ovarian Cancer and YouGov has found that one in five women in the UK mistakenly believe that a smear test can detect ovarian cancer.

“If you are experiencing any of the symptoms most days of the month, I really do implore you to see the GP.

“At the end of the day, survival rates for patients are lower than breast cancer, so we must learn the symptoms of ovarian cancer now”.

Ovarian Cancer: what you need to know

Janet Finch-Saunders AM with representatives from Ovarian Cancer Action