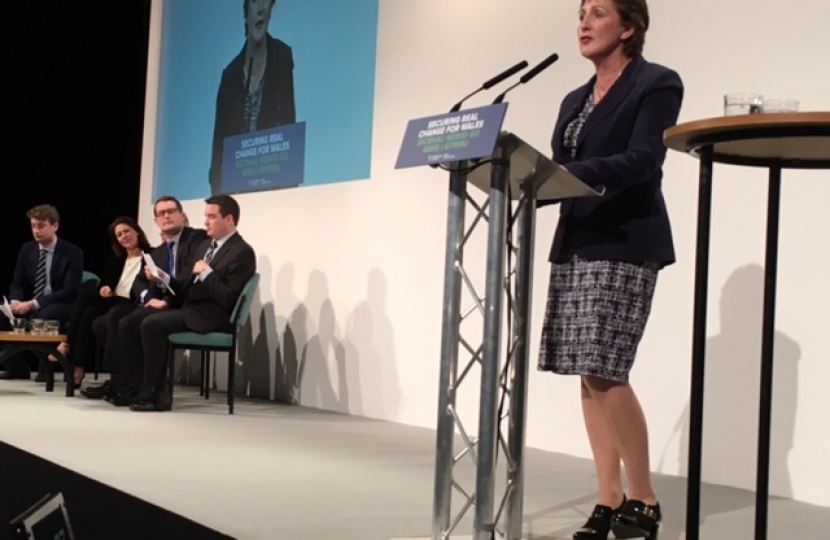 Welsh Conservatives have urged Owen Smith MP to apologise after he claimed that the Labour Party should “smash Theresa May back on her heels”.

The comments came during a speech as part of his bid to become leader of the Labour Party.

Aberconwy AM and Shadow Cabinet Secretary for Local Government, Janet Finch-Saunders, said the comments suggested Mr Smith “may not be fit for the highest level of office” and urged him to apologise.

“Owen Smith today called for more robust rhetoric in our politics, which I would suggest is the very opposite to what we need.

“In recent weeks we have seen death threats and abusive messages posted on social media, with female politicians very much in the firing line. This kind of aggressive language is appalling and Owen Smith should apologise.

“Frankly, these comments and his immediate response suggest that he may not be fit for the highest level of office.

“Implied metaphors of a violent nature have no place in politics, particularly those targeted against women, and this is not the first time that his judgement has been called into question.”

“Theresa May even had temerity at PMQs a week ago to lecture Labour on social injustice, on insecurity at work.

“And I’ll be honest with you, it pained me that we didn’t have the strength and the power and the vitality to smash her back on her heels and argue that these are our values, these are our people, this is our language that they are seeking to steal.”