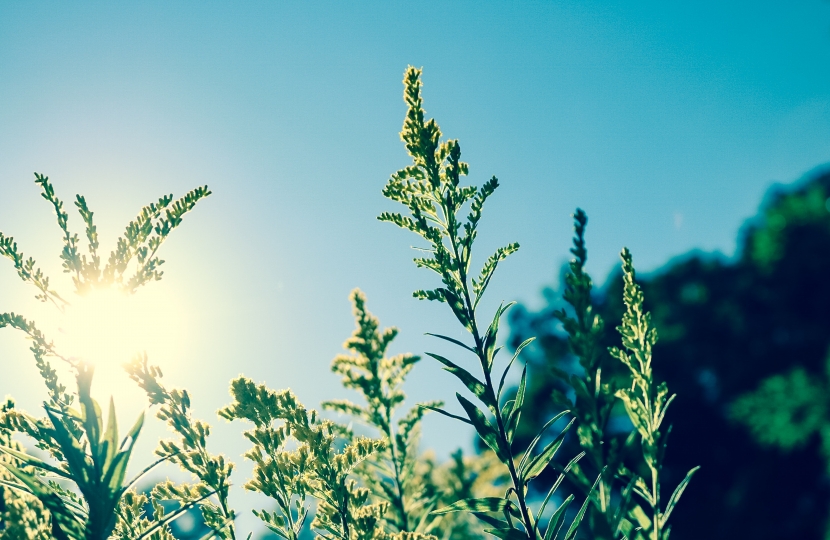 The Met Office has issued its first ever Amber Extreme Heat Warning as large areas of the UK will continue to see hot conditions this week. Following the news and with concern rising locally about the impact of warmer summers, the Member of the Welsh Parliament for Aberconwy – Janet Finch-Saunders MS – has called on the Welsh Government to confirm plans to incentivise the uptake of passive cooling systems.

The call comes in the form of a Written Question to the Minister for Climate Change. The Met Office amber weather warning covers large parts of Wales, all of south-west England and parts of southern and central England. It will be in place until Thursday, when temperatures are expected to peak, and warns of the potential impact of the heat on people's health.

Making clear the need for a long-term plan, Janet said:

“The introduction of this new weather warning by the Met Office was a serious recognition that heatwaves are set to become more likely and more extreme because of global climate change. This was a risk realised in the recent CCRA3 report, urging the Welsh Government to take action.

“Experts are telling us that the number of extremely hot days in the UK could increase four-fold, posing a significant risk to human health and placing our most vulnerable at risk of hospitalisation. Therefore, the Welsh Government must heed the calls of the CCRA3 report and set out a plan to incentivise the introduction of passive cooling systems.

“By focusing our policy might on passive cooling systems, over the mechanical counterparts, we can introduce a building design approach that focuses on heat dissipation with low or no energy consumption. This problem is not just going to melt away – we need to take a proactive position.”

Photo: by Jordan Stewart on Unsplash