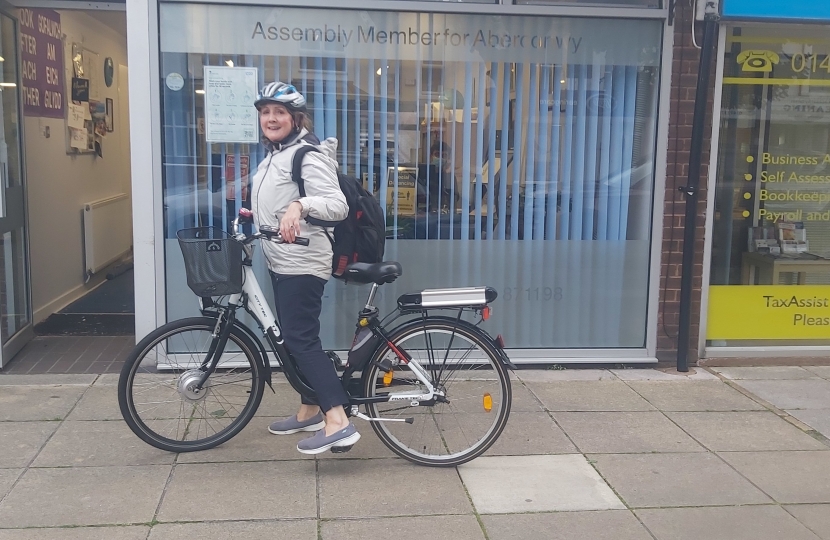 The Member of the Welsh Parliament for Aberconwy and Shadow Minister for Climate Change – Janet Finch-Saunders MS – has welcomed the conclusions of paper which was recently published by a team from the Health Protection Division at Public Health Wales, in collaboration with colleagues from Public Health England. It found that prioritising access to active travel and public transport will be important steps in any plan to reduce car journeys and exposure to air pollution for all.

The paper, entitled ‘Assessing the exposure to air pollution during transport in urban areas - Evidence review’,  has been published by the Journal of Transport and Health. It reviewed studies that measured pollutant concentrations in urban transport microenvironments and were published between January 2016 and July 2020.

Following the publication of the paper, Janet has submitted the following Written Question to the Minister for Climate Change:

“Given a recent study which found that the exposure of cyclists to air particulates could be over three times higher when cycling on a high-traffic route compared to cycling on a traffic-free route, what steps is the Welsh Government taking to support the separation of routes?”

“With an estimated 2,000 people dying early each year because of poor air quality, and with five Welsh urban areas all reporting illegal and dangerous levels of air pollution over recent years, we must work to expedite a Clean Air Act for Wales to safeguard public health and meet the nation's carbon emission targets.

“This important and collaborative new study has found that the way we travel affects the extent to which we are exposed to air pollution. This will have an important impact informing where we place cycle lanes and footpaths, as well as instructing the Welsh Government to do more to prioritise active travel and public transport options.

“Given the finding that pedestrians and cyclists were generally exposed to lower concentrations of air pollution when using routes separated from motorised traffic, I have asked the Welsh Government to look at how they can better support the construction of separate routes.

“It would be my hope that these separated routes would encourage more people to take to their bikes or consider walking to work, given that they are proven to be both cleaner and safer.”