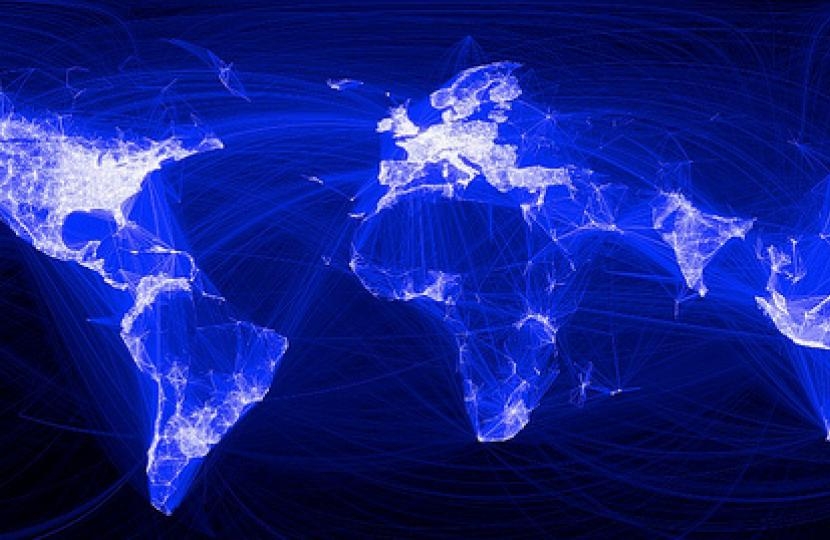 A Welsh Conservative debate in on Wednesday called on the Welsh Government to be more on the ball over the growing eSports movement happening across the world.

Shadow Minister for Housing, Heritage, Culture and Media, David Melding AM, launched a debate in the Welsh Parliament, recognising the growing impact of the eSports industry.

Mr Melding urged the Welsh Government to harness the possible economic benefits of becoming involved with the movement.

The growing industry of eSports involves competitive video gaming, with people playing against each other online or, if played in a professional setting, usually for a cash prize in front of spectators at an indoor arena.

They can be played at both an amateur and professional level, and are played on computers, video game consoles, and mobile technology.

There are a wide range of roles within professional eSports, including players; coaches; marketing and business management and games developers.

As such, it is a multi-skilled environment with those involved fulfilling a range of roles as well as playing the game.

English universities are now offering eSports degree courses, as skills associated with gaming, such as rapid decision-making and problem-solving, digital literacy and communication skills, have a wide applicability within the economy and particularly STEM-based (science, technology, engineering and maths) businesses.

Mr Melding asked the Welsh Government to join the UK Government in investing in the sector, by hosting competitions and supporting universities to boost the possible long-term economic benefits.

It is thought to be the first time e-sports have been raised in the Senedd – David Melding AM (Con, South Wales Central) said that despite a lingering stigma, e-sports were growing massively and it was time for Wales to seek out opportunities.

We’ve all heard of the League of Legends, Call of Duty, FIFA and Halo 5. In 2018, Goldman Sachs estimated that the global monthly audience for e-sports is 167 million people, and by 2022 it’s estimated the audience will reach 276 million….to put it in perspective, similar in size to the NFL. Other estimates claim e-sports has $900 million of annual revenue….and 380 million viewers globally.”
– Shadow Culture Minister, David Melding AM

Birmingham and London are hosting major e-sports tournaments in 2019 expected to attract crowds of up to 30,000 and many real-world sports clubs have attached themselves to e-sports, such as the FIFA e-Premier League due to launch this year.

While there are concerns over gambling associated with e-sports, they require innovation and invention on behalf of the players.

Janet Finch-Saunders AM (Con, Aberconwy) told AMs the UK e-sports audience was estimated at 6.5million and is expected to grow with up to 1million jobs created in the gaming industry generally.

This now had to be joined by a comprehensive programme of training in high-level digital skills in Wales – something later echoed by Mohammad Asghar AM (Con, South Wales East).

Jack Sargeant AM (Lab, Alyn & Deeside) believed north-east Wales was well placed to take advantage of this due to links with major hubs for games development in northern England.

One thing is clear: e-sports and games, like it or not, are playing an increasing yet underrated role within the UK economy and the Welsh economy….the geographical spread of jobs in this area is uneven.

In fact, the statistics that I looked at said that 46.7% of creative industry jobs are currently concentrated in London and south-east England, with a small percentage in Scotland; only 2.8 per cent currently in Wales….”
– Nick Ramsay AM (Con, Monmouth)

The technical skills have also led to the city becoming a hub for electric vehicle development.

Llyr Gruffydd AM (Plaid, North Wales) said a recent visit to a Coleg Llandrillo Menai games development course was an “eye-opener” as there was a much wider set of skills required to develop a game than he first thought.

Welsh Government working to bring e-sports even to Wales

At a recent trade event in San Francisco, eight Welsh games companies secured £300,000 worth of investments with a further £1million in negotiation.

He also confirmed work was ongoing regarding hosting a major e-sports event:

“The major events unit….is working proactively with partners in Wales, the UK and internationally….to identify and pursue opportunities to attract major e-sports events to Wales. These include discussing with the UK Interactive Entertainment Association, the European Gaming League and ESL, the owners of several major international properties in this sector.”
– Deputy Minister for Culture, Dafydd Elis-Thomas