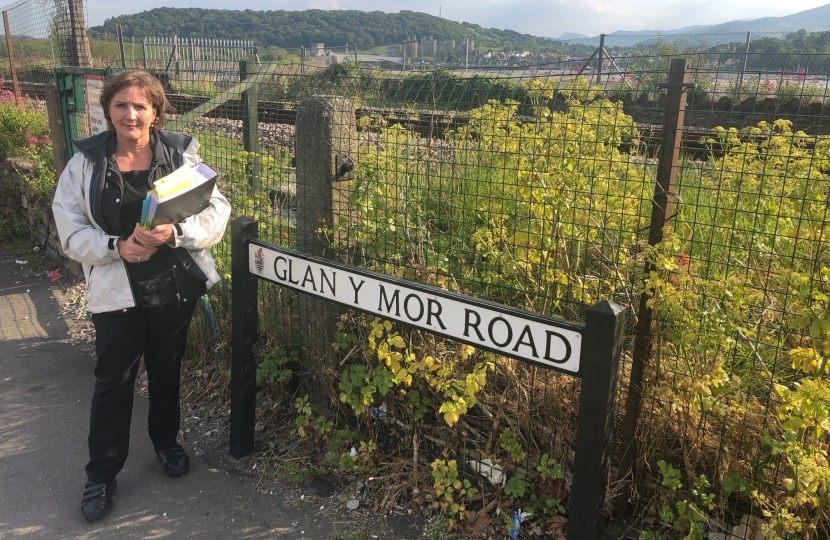 Following a probing question to the First Minister, the Member of the Welsh Parliament for Aberconwy – Janet Finch-Saunders MS – has welcomed the news that her constructive proposals to see evening services scheduled between Llandudno and Blaenau Ffestiniog, and a direct rail service introduced between Manchester Airport and Blaenau Ffestiniog, now will be raised by the Minister for North Wales through her work with Transport for Wales.

Her intervention came as constituents face the dilemma of paying costly taxi fees given that the last train leaves at 16:07 pm and the last bus at 18:34 pm. In suggesting late rail services as a solution, Mrs Finch-Saunders also raised concerns that tourists will drive themselves to Snowdonia National Park.

Commenting after her question to the First Minister, Janet said:

“In a climate crisis, I am clear that we need to be empowering residents to use public transport. Whilst we have seen some progress in reaching rural communities through the Conwy Valley Fflecsi bus service, the reality remains that communities in the Conwy Valley are cut off from the coast at night.

“In raising this unacceptable disparity with the First Minister today and putting forward a sensible short-term solution via the rail network, I was most pleased to receive confirmation the Minister for North Wales will now collaborate with Transport for Wales to review the possibility of evening services between Llandudno and Blaenau Ffestiniog.

“I now hope that this positive step forward will give a future green light to the Welsh Government introducing the necessary amendments to the North Wales Metro Programme so to include a direct rail service between Blaenau Ffestiniog and Manchester which would further support an increase in visitation to the area by public transport.”