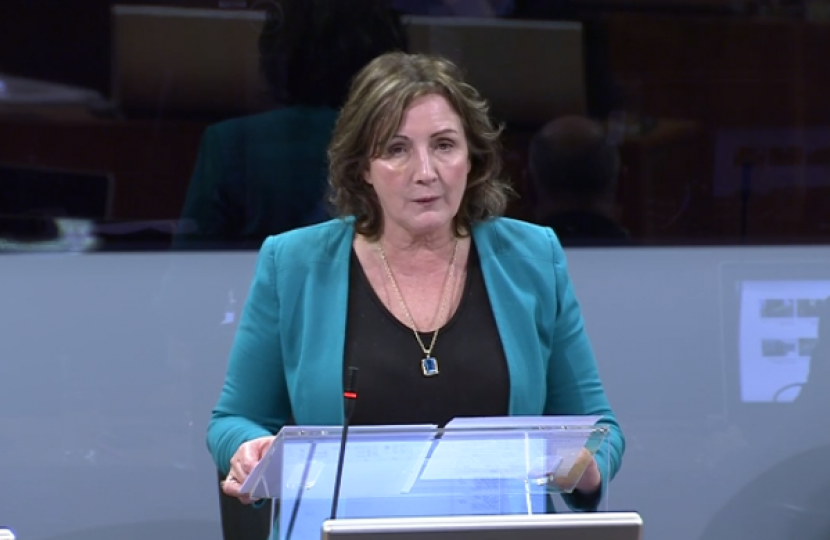 Skills have become our Welsh dragon’s Achilles heel. Sixty-seven per cent of senior business leaders have reported that their organisation is currently experiencing a skills shortage; fifty-four per cent of employers said that they could not recruit enough staff with the skills they required. And the skills shortage is costing business in Wales approximately £155.2 million.

So that Welsh businesses can make the most of the expected benefits of Brexit, the skills of our workforce must be developed to meet the demands of the Welsh economy. If you don't believe me, the Wales Centre for Public Policy found that

'there is good evidence that skills… are important factors in driving growth in lagging regions.'

Central to strengthening skills, of course, is fair funding for further education. ColegauCymru has highlighted that the current on-year funding cycle hinders longer term planning. And the Graystone review recommended that you should move towards a three to five-year planning cycle. Also, the Wales Audit Office has called for a long-term approach to FE funding. So, really, there's no excuse now for these recommendations not to be implemented.

Similarly, I support calls for the creation of an adult learning allowance. As the Open University Wales has argued,

'education should not be a one-off for young people.'

The number of successful applicants for the learning grant for those aged 19 and above has decreased. Fewer than 1 per cent of those who participate in apprenticeships and workplace learning schemes are older people. These facts actually contradict your own aim of providing people with equal opportunities to gain skills for life. They are even worse news when considering the Older People's Commissioner for Wales's finding that the economy is increasingly now becoming rather dependent on our older workers. Clearly, I would hope to hear you address this today and to carefully consider our plan to boost lifelong learning through the introduction of an adult learning allowance.

Of equal interest to Aberconwy is how to improve skills across north Wales more generally. I've been working with others to set the ball rolling last term with a written Assembly question asking for private sector influence on skills taught in further education. Employers are supposed to be able to influence through the regional skills partnership. However, the Economy, Infrastructure, and Skills Committee found that the role of the partnerships in developing the Welsh skills base remains unclear.

We have two excellent FE colleges in north Wales, and I would in particular like to pay tribute to the excellent work of Mr Lawrence Wood, principal of Coleg Llandrillo. He has recently seen an extensive refurbishment of the institute of health and social care, which enables students to explore all aspects of bedroom care, learn in a hospital ward simulation suite, and use virtual reality equipment to explore organs and blood, just like being inside a human body. Also, his college is working with the North Wales Growth Deal, UK Government, and Welsh Government, to deliver a £14 million-project.

One answer would be to create a science, technology, engineering and mathematics-focused institute of technology in north Wales. It would certainly help ensure that my residents and businesses can influence and secure skills needed in this region. In fact, it could actually be one of the treatments that our Welsh economic dragon’s Achilles heel—skills—needs.