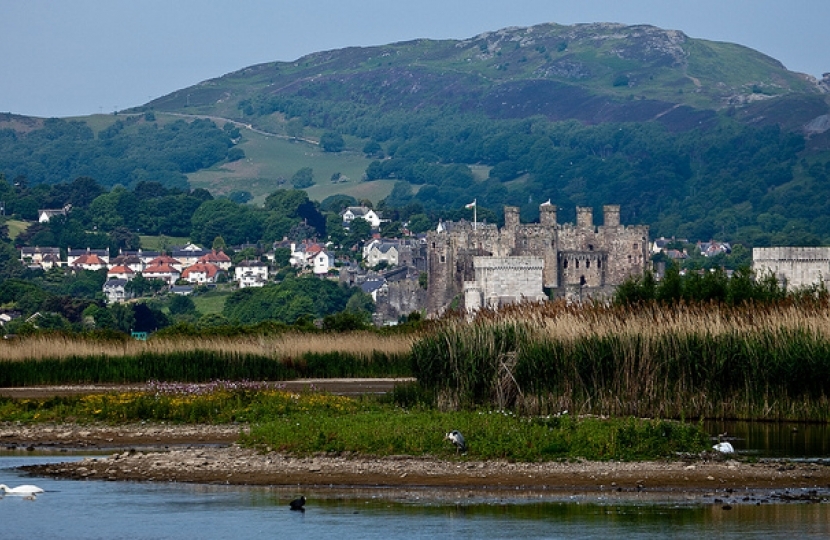 Following almost two decades of campaigning for a cycle path linking Conwy and Glan Conwy via the RSPB, Janet Finch-Saunders, Assembly Member for Aberconwy, has secured “constructive progress” on seeing its development.  However, she is pursuing a meeting with all key partners in an effort to expedite the project.

Conwy County Borough Council are now in discussions with RSPB and are set to liaise with Network Rail.

“The purpose of the Active Travel (Wales) Act 2013 was to enable more people to undertake active travel, and therefore leave cars behind so to walk or cycle.

“With such legislation it was hoped that the proposed route linking Conwy and Glan Conwy would have been designed and implemented quickly.

“What we have seen is the Welsh Government slamming breaks on the brilliant project which would connect communities, provide safe routes to schools, places of employment, and shops.

“However, since funding was refused again in 2017/18, there has been constructive progress.

“Through liaising with the Minister for Economy and Transport, and Conwy County Borough Council, I have been advised that a schematic design for an active travel compliant bridge across the Conwy Valley Railway Line has been developed and that the Local Authority now needs to obtain agreement from RSPB and Network Rail.

“Over the Christmas break I have been pleased to receive confirmation that discussions are underway with RSPB and are set to be started with Network Rail.

“I am going to keep peddling until we see the active travel route achieved, and will be inviting all key partners to a meeting to try and finally get the project started.

“This scheme has been in a stalemate situation for the past 16 years, and I will continue to scrutinise and challenge the Welsh Government and relevant agencies to work together to ensure that the project is completed”.

AM’s plea for 2.1% of multimillion budget to be invested in a cycle path between RSPB and Glan Conwy