Consultation Planned for A470 Improvements in Glan Conwy 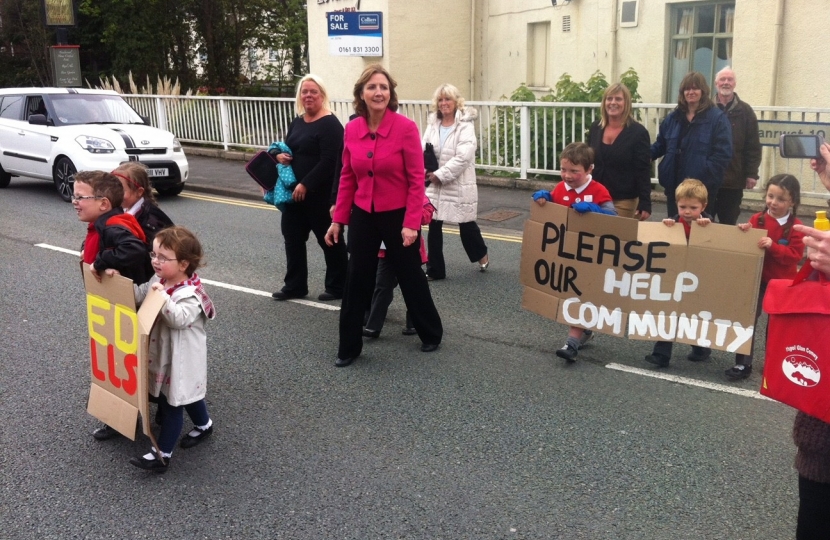 Janet Finch-Saunders, Member of the Welsh Parliament for Aberconwy, has today welcomed the fact that proposed yellow lines along the A470 in Glan Conwy are to be subject to a consultation.

This positive development comes following the letter sent by the Member to the Minister for Economy, Transport, and North Wales, seeking clarity as to plans for the north bound A470 in Glan Conwy.

With the aim of tackling visibility problems, the Welsh Government has drawn up proposals for new road markings along the northern side of the A470 in Glan Conwy, near Benarth Court.

Commenting on the proposal and Ministerial response, Janet said:

“As an avid highway safety campaigner, I welcome action to improve visibility along the A470 in Glan Conwy.

“Given concerns as to where displaced vehicles will be parked, I am pleased that the Minister has committed to keeping the length of the restrictions to a minimum in order to reduce the numbers of parking spaces lost.

“The proposed change will directly impact a number of local residents and individuals who drive through the village, so it is essential that a formal consultation on the proposal be carried out. It will now be undertaken this Summer.

“Following the problems with the zebra crossing, Glan Conwy residents know well that Welsh Government highway improvements do not always go to plan, so I encourage everyone to have a look at the design”.