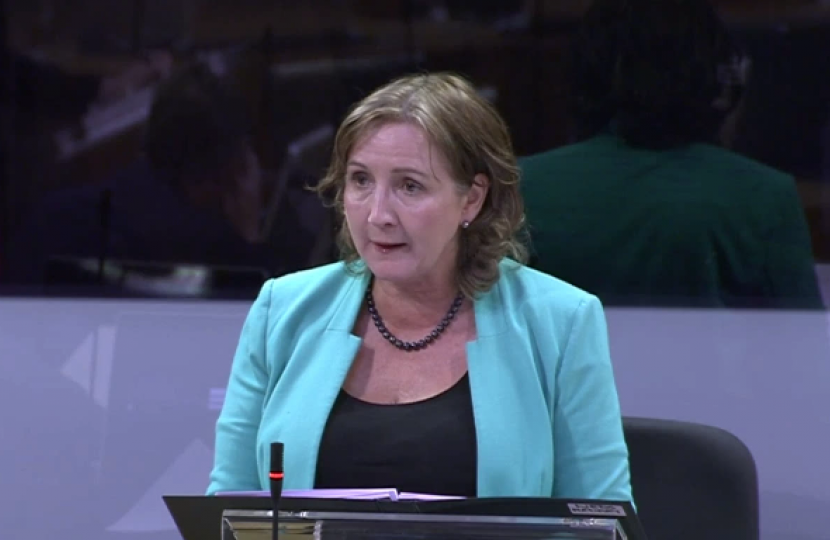 The TAN 1 guidance has caused controversy locally over the submission of a planning application on land near Marl Lane, Deganwy – which saw over 1,300 objections submitted, and a protest outside of Conwy County Borough Council’s offices.

“Changes to the way in which housing land supply is calculated were forced through by the Welsh Government in 2015, despite widespread opposition from local authorities across Wales.

“Pressures now placed on planning departments and committees to meet these now-increasingly demanding targets, means that sites outside of the LDP are threatened with development, and communities might lose valuable greenfield sites.

“I have long called on the Welsh Government to seriously review their decision to change the TAN 1 methodology, and am pleased that the Cabinet Secretary has today confirmed that she will be making an announcement in the very near future.”

A video of the Plenary exchange can be found here: https://www.janetfinchsaunders.org.uk/news/oaq-tan-1-planning-09-05-2018