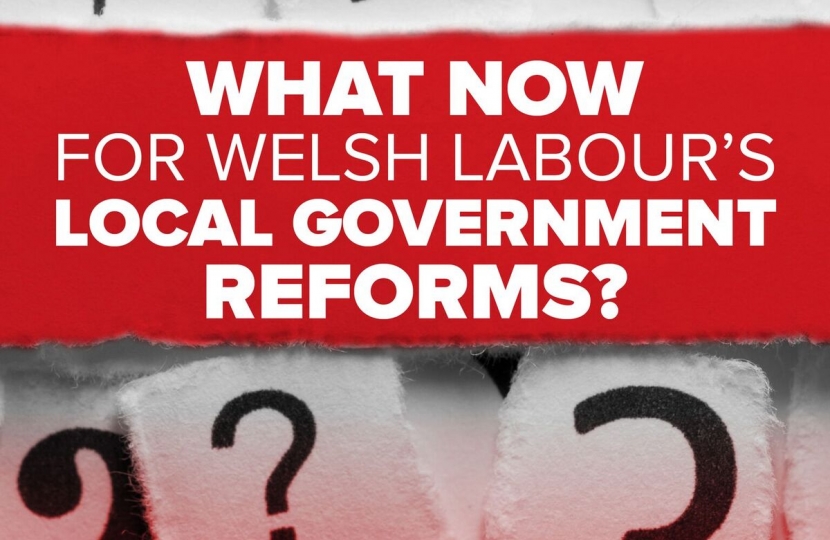 An announcement at the WLGA Conference by the Cabinet Secretary for Local Government and Public Services, Alun Davies AM, informed the audience that he has withdrawn the controversial proposals outlined in his Green Paper for local government reform, which would have seen forced council mergers to reduce the number of local authorities in Wales to 10.

“These proposals were rejected almost universally by local authorities across Wales, as well as opposition parties in the Assembly.

“The Welsh Conservatives made clear from the start that we felt this was top-down Welsh Government diktat and would not be welcomed by those within the sector – who had previously been promised a decade of stability by the previous Cabinet Secretary.

“The Cabinet Secretary spoke of a partnership approach and active centres of self-governing local government – and we await the detail of this in his forthcoming Bill.

“I am pleased that he seems to have seen sense in withdrawing the map – but would urge the Cabinet Secretary to ensure that in bringing forward his new Bill, he takes the local government sector with him. Full and open public consultation throughout any reform proposal process is essential.

“I hope that he has learnt his lesson in this regard from the Green Paper debacle.”

20 out of 22 local authorities provided their response to the Green Paper to Janet Finch-Saunders AM – all but Swansea Council were in opposition to the merger proposals. Responses available on request.

Some key quotes from responses include: