Conwy fishery vessels give Welsh government a whirlpool of worry 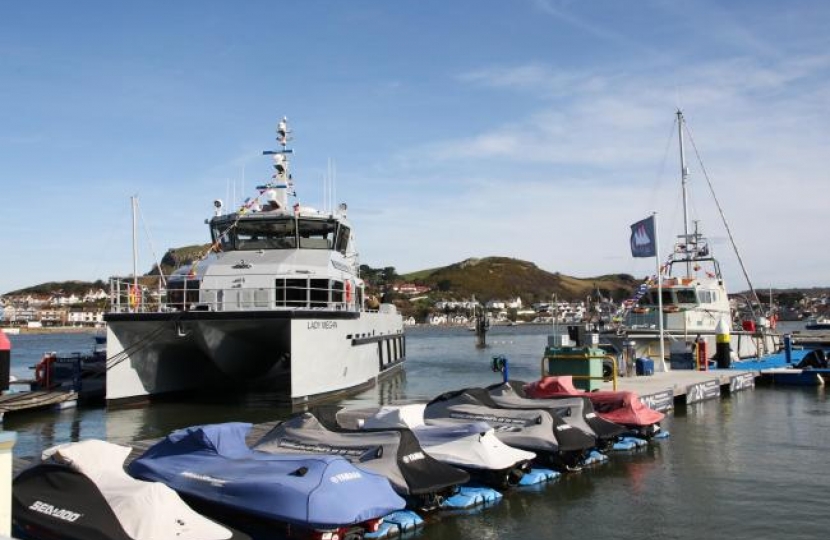 AN INVESTIGATION into the operation of fishery patrol vessels has led to a whirlpool of worry for the Welsh Government according to an AM.

Janet Finch-Saunders, AM for Aberconwy found the fisheries patrol vessels (FPV) berthed at Conwy marina only encountered an average of one vessel a week, found only five breaches, and issued no fines in a 26 months period.

She said: “Every course I have navigated has resulted in a whirlpool of worry for the Welsh Government. For example, I unearthed the fact the fleet of three undertook a total of 63 patrols in 26 months, that the FPV Aegis has been sent to Liberia free of charge, and the donation resulted in a £2.6million spend on the FPV Lady Megan.

“These ships provide a key way to ensure the Welsh Government enforces compliance with marine and fisheries legislation. More so, I know that since Jeremy Miles AM became Counsel General, he has claimed that the work around fisheries enforcement is a priority, and that he lawyers regularly to ascertain the state of all the prosecutions.

“If fisheries enforcement is a priority as the Welsh Government claims, a reasonable person would expect to see the vessels out at least five days a week.

“What I have found is that the fleet of three vessels encountered a total of 108 vessels between January 2017 and February 2019, only unearthed five breaches, and issued not a single fine.

“When considering those appalling enforcement and prosecution statistics, and bearing in mind that the Welsh Government has invested £2.6 million in a new FPV, taxpayers and local fishermen deserve answers as to what exactly is going on.

A Welsh Government spokesman said: “Our fleet of fisheries patrol vessels protect Welsh waters from illegal fishing and will be more important than ever as we prepare to leave the European Union.

“They play a crucial role in safeguarding Wales’ fishing industry. For example, they are currently engaged in patrolling the border between Wales and Ireland, hauling unmarked pots and checking sustainability of shellfish catches.

“Effective enforcement is a priority for us and that is why we have invested in a new fleet to replace vessels which were not fit for purpose.

“From January 2019 to date, 51 patrols have taken place with 123 vessels monitored and a further 66 vessels boarded at sea.

“The level of fines should not be used to question levels of enforcement and prosecution. They are a measure of how generally responsible and compliant the Welsh fishing industry is.

“The donation of FPV Aegis to the Liberian Government was co-ordinated by the Wales for Africa team with a formal public launch in Conwy.”