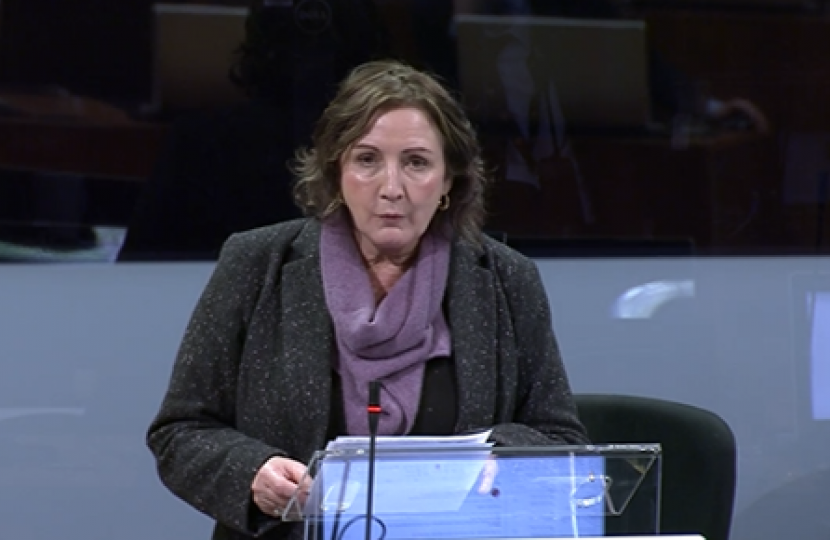 On behalf of the Welsh Conservatives, may I welcome today's debate on the general principles of the Wild Animals and Circuses (Wales) Bill? The Welsh Conservatives, of course, first called for a ban on wild animals in circuses in Wales back in 2015. So, it's a little unfortunate that Wales is actually behind the curve in implementing animal welfare legislation, with the UK Government passing a similar Act in England in July 2019, and the Scottish Government likewise in January 2018.

Nevertheless, the Welsh Conservatives agree with the principles of the Bill, and we support its aims of improving animal welfare by recognising that the needs of wild animals are best met in alternative environments and those outside of a travelling circus. However, we believe there are a number of improvements that could be made to ensure that the Bill is watertight, closing potential loopholes and reducing ambiguity within the legislation that could be still exploited.

'it is possible there may be uncertainty or conflicting views regarding whether a kind of animal is to be considered wild or not'.

'the term "wild" itself is a vague concept'.

Dr Humphreys therefore suggests that the animals covered by the proposed legislation could be included on the face of the Bill as a guide to assist enforcement.

Section 4 of the Bill provides that a 'travelling circus' means:

'a circus which travels from one place to another for the purpose of providing entertainment'.

Giving Ministers again the power to make regulations specifying an act of entertainment that is to be regarded, or not regarded, as a travelling circus. However, evidence given highlights a lack of understanding as to what constitutes a travelling circus. The definition used within the Bill should be tightened to prevent circuses from attempting to circumvent the legislation by re-branding as an educational attraction rather than an entertainment attraction. RSPCA Cymru recommends that the definition could be aligned with the Welfare of Wild Animals in Travelling Circuses (England) Regulations 2012, which defines a travelling circus as one:

'which travels from place to place for the purpose of giving performances, displays or exhibitions'.

With regards to strengthening the enforcement of the Bill, RSPCA Cymru has also argued that Wales should include provisions similar to the Scotland Act, allowing for police constables to be given the same power as an inspector defined within the Schedule. Furthermore, section 9 of the powers of inspection outlines that an inspector may examine or test anything found on the premises, including taking a sample from an animal. However, the Bill does not currently state that the sample must be taken by a professional, and thus professionals should be enabled to assist the inspector, particularly as the animals that are captured within the legislation may require specialist support. Moreover, the Bill in its current form does not include a power to seize any animal that is found on a premise and is evidence of a breach of the proposed legislation.

Some stakeholders suggest that not having the power to seize an animal limits the power of the inspector, and that some cases may require animals being rehomed if there are obvious animal welfare issues. Therefore, including an explicit provision, allowing for the seizure of animals if animal welfare appears to be inadequate, would allow inspectors to take efficient action against circuses or indeed individuals that appear to break animal welfare legislation.

We also have concerns regarding some unintended consequences of the Bill, including the lack of provision currently regarding the future of the wild animals that are currently used in UK travelling circuses following the implementation of such a ban. Circus owners may decide to give up their animals if it is no longer financially viable to tour with them, and we believe it would be useful if the Welsh Government produced guidance to circuses on the support that can be provided to them in developing a retirement plan for all wild animals, currently used to ensure that the welfare of the animals is maintained.

In conclusion, public support for banning the use of wild animals in circuses has been there for all to see. And I have to mention at this point the work that Mike Hedges did previously as committee Chair on Petitions Committee and the work there, and the petitioners. That was a real step forward in making this Bill a reality. This is a step in the right direction, and as a nation and Assembly we all want to see Wales leading the way and becoming the most animal friendly nation in the world. Diolch yn fawr.