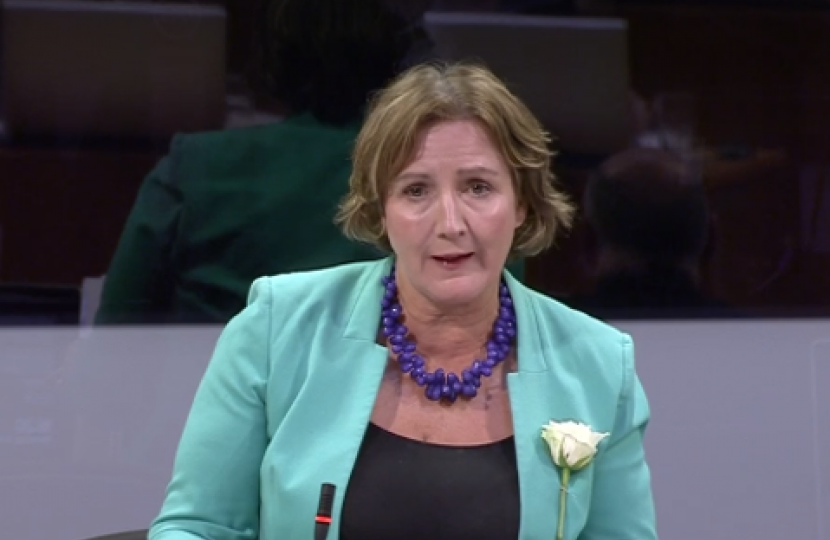 Twenty years into devolved governance, you would expect that Wales and its population should be receiving high-quality essential services. Well, I can tell you that there is no greater example of mismanagement of the devolution process than those of failing health services. It is not devolution that is failing the hard-working medical professionals in our communities, but the Welsh Government's own handling and mismanagement of the Welsh NHS.

Now, we need look no further than the health board that encompasses the constituency that I am very honoured to represent to see the health board and the failings as a result of this Welsh Government. Despite Betsi Cadwaladr having been in special measures since June 2015, it has just recorded the worst A&E waiting times in Wales. Less than 60 per cent of patients were seen within four hours at Wrexham Maelor and Ysbyty Glan Clwyd. Despite these measures, it has seen the highest number of patient safety incidents out of all NHS trusts in Wales, and despite special measures, the health board treated the lowest percentage of people waiting for planned care within 26 weeks of GP referral in February. It also had over half the 13,000 people in Wales waiting more than 36 weeks for treatment in February and has just recorded the biggest deficit out of Wales's seven NHS health boards at £42 million.

Four years of special measures, still failure and frustration about future services. The Welsh Government knows this and the Minister, actually, admitted on 6 November 2018 that significant difficulties remain. Is this acceptable when considering that the health board has been under the direct control of you, our health Minister, for the longest time of any NHS body in Great Britain? My constituents and I think not. Indeed, Aberconwy says 'no'. Lack of progress was identified by Donna Ockenden, her review finding that, as of 2017, the board had failed to meet key targets, including governance leadership and oversight, mental health services, and reconnecting with the public and regaining public confidence. That is saying 'regaining public confidence'—that confidence isn't there, Minister. More so, Mrs Ockenden's more recent letter on insufficient progress in improving those mental health services—I'm shocked to learn that her offer to help, in fact, was declined.

I'm saddened that there are numerous areas that remain to be addressed before de-escalation from special measures can be considered. Clearly, the situation is not in my own constituents' best interest. However, it seems that the problems are prolific across Wales, with five, now, of the seven health boards in some type of special measures. These measures indicate failure. For example, the challenges faced at Cwm Taf. The review of maternity services at Cwm Taf found a lack of a coherent approach towards patient safety or an understanding of their roles and responsibilities towards patient safety beyond the care they provided for a specific woman or group of women, that assessors were repeatedly and consistently told by staff of a reluctance to report patient safety issues because of a fear of blame, suspension or disciplinary action, and there was hardly any evidence of effective clinical leadership at any level. A major revision of all aspects of maternity services are needed there so to protect future families facing the losses we've witnessed and heard about. As your own Welsh Labour MP, Owen Smith, stated, the Welsh Government decision about reorganisation seems to have compounded the problems facing Wales. I'm aware that is has also taken far too long for the special measures action to be taken—nearly seven years after concerns were first formally raised. That is not proactive. You work on a reactive basis, Minister.

We are faced today with the Welsh Government's delays on action at Cwm Taf, continued failings to manage Betsi Cadwaladr. I certainly do not have confidence that the current Minister for Health and Social Services in the Welsh Government can address the systemic failings raised here today. Four years have passed since north Wales came under the direct control of the Welsh Government. So, how on earth can we be expected, Minister, to believe anything that you tell us any more? Now, I actually support wholeheartedly the motion today by Plaid Cymru, and I would ask that you do seriously consider your own position. I would, if I was you—I would resign. I would go one further: if you are not prepared to do the honourable thing so that my constituents and other patients across Wales can receive adequate healthcare, I would ask the First Minister to sack you. Thank you.