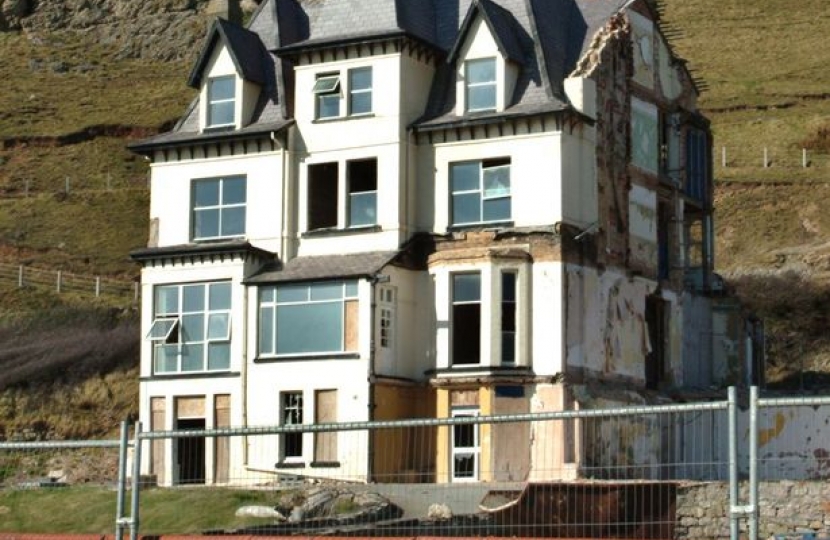 Anwyl say the amended scheme for the site of the former Liddell family house is due to be revealed.

The developer that demolished the ‘Alice in Wonderland’ hotel in Llandudno over a decade ago will submit fresh plans for the site this summer.

The Penmorfa site on the West Shore was built in the 1860s for the family of Alice Liddell for whom author Lewis Carroll is said to have written Alice’s Adventures in Wonderland.

It later became Gogarth Abbey Hotel before being demolished by Anwyl Construction in 2008 to make way for apartments.

Planning permission was secured for an apartments development but nothing has ever been built on the site.

Now though Anwyl has said it is due to start consultations on its amended proposals ahead of putting in a new planning application this summer.

Aberconwy AM Janet Finch-Saunders said she hopes it will be "sympathetic" to the location.

"Further to this meeting and follow up advice, amendments have been made to our proposals and we are hoping to meet further with Conwy County Council with a view to undertaking pre-application discussions and consultations with local stakeholders, prior to submitting a detailed planning application in the summer of this year.”

Aberconwy AM Ms Finch-Saunders said: “This site is of significant importance to the history of our town.

"Indeed, the Victorian home of Alice Liddell was an iconic building.

“I strongly opposed the demolition over a decade ago, and was severely disappointed that the views of so many were ignored.

“Clearly, we have been left with a sorry scar on our famous landscape for too long.

"Therefore, as I have said before, I hope that the plans brought forward by Anwyl will be very sensitive and sympathetic to the historical heritage of the location."

He commissioned it during a holiday in North Wales in 1861 and it was ready the following year.