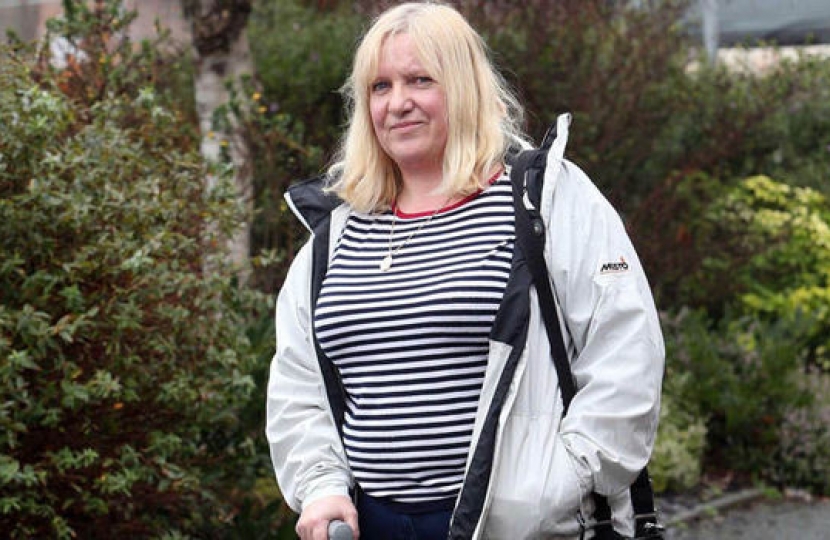 A FORMER NHS worker has been told she will have to wait 80 weeks for a replacement knee.

Former radiographer Claire Dewhurst, 54, was forced to quit her job after twisting the joint at work in 2014.

Left in constant, agonising pain she was placed on an NHS “urgent” list for a new knee, and expected to be seen within a month.

But instead she was told by the Betsi Cadwaladr University Health Board, a Welsh NHS trust, that her surgeon had a massive 80-week waiting list.

Yesterday Mrs Dewhurst, of Conwy, who worked at Glan Clwyd Hospital in Rhyl before her injury, said she has so far waited 68 weeks in agony and has not even been given a date for her operation.

She hit out at the ordeal and said the shocking waiting times show there are “too many managers and not enough surgeons”.

“I may have an NHS pension but I’m not receiving NHS care,” she said.

Mrs Dewhurst said she gave the NHS 31 years of her life in hard work – but now “gives the health service five years” before it collapses completely.

She added: “I have no gripe at all with the surgeons, they work their socks off and deserve every penny they get.”

Welsh Assembly Member for Aberconwy Janet Finch Saunders said: “My constituent has now been waiting 68 weeks, it beggars belief that it appears to be acceptable that someone should wait a further 12 weeks to receive their entitled treatment.”

Last night a Betsi Cadwaladr Health Board spokesman said: “An additional consultant is now in place and we continue to develop a sustainable plan for the future, given our ageing population, with a specific focus on how we can reduce waiting times.”