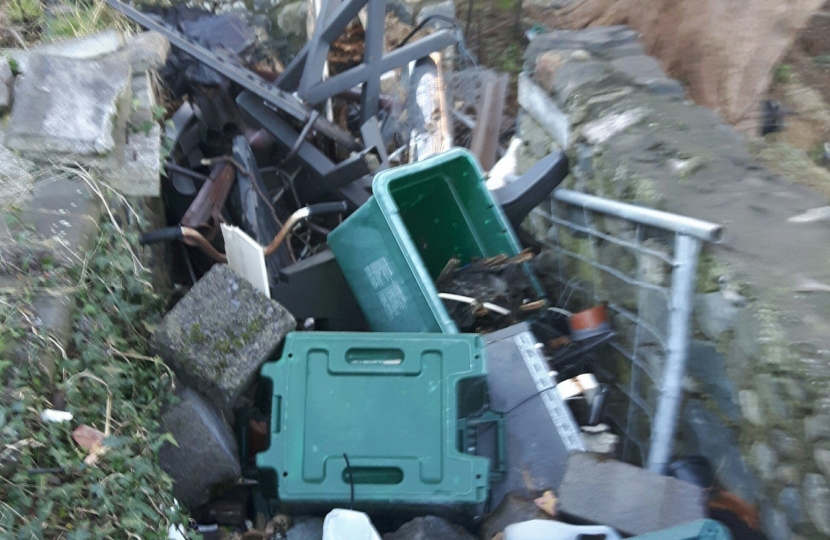 Conwy council have said the new four-weekly bin collections have posed "no problems" for most residents.

Four-weekly waste bin collections were rolled out across the county last month and since then Conwy County Borough Council (CCBC) said they have encountered no problems among residents and had seen an increase in recycling.

Head of neighbourhood services at CCBC, Andrew Wilkinson, said: "Since introducing the new system last month across Conwy County, we have seen an increase in the amount of recyclable material we are collecting (particularly food waste) and a reduction in the amount of wheelie bin waste.

"That is the trend we expected and wanted to see, it shows that residents are recycling more and landfilling less.

“For most people in Conwy 4-weekly bin collections are no problem, just the next logical step towards a less throw-away society.

"More people are recycling and, thanks to television programmes such as Blue Planet, people are thinking more about what happens to their waste.”

However, Aberconwy AM, Janet Finch-Saunders said she had heard otherwise, receiving a number of complaints from her constituents since the introduction of the four-weekly system.

She said: "Since the introduction of four weekly bin collections as a trial by the then Labour, Plaid Cymru, Lib-Dem, and Conwy First Council in September 2016, I have been receiving increasing number of complaints about the arrangements and fly-tipping.

“From corresponding with constituents, I am aware that serious concerns persist for households of less than six people who cannot get a second bin, and for individuals trying to get rid of pet waste.

“Also, there is confusion over what can and cannot be recycled. For example, Conwy County Borough Council’s website indicates that plastic tubs can be recycled, which is actually contrary to industry practice and the advice I have been given.

“In addition to clarifying what is actually recyclable, the Council ought to acknowledge that some residents are going out of their way to dispose of waste responsibly – taking it to the tip, or using other bins in our community because of the lack of black bin capacity."

Conwy Town Councillor, Gary Willetts, said he was concerned about the recycling in the county as well, not jsut what CCBC were saying could be recycled but also whether the materials in the green bins were actually being "recycled".

He said: "It appears in Wales they can recycle materials which are not recyclable in England, which clearly cannot be the case.

"If material is recycled, this means in clear and precise terms, that this turns the material into a state where the material can be reused.

"If the plastic in its end use is deposited in land fill, incinerated, or dumped into rivers and oceans is clearly does not meet the criteria to meet the definition of recycled.

"The Council Tax Payers in Wales should be told the truth on the actual amount of recycling, which is achieved.

"It is not acceptable to transfer plastics to other countries, where there is a high risk of land fill or incineration taking place."

Llandudno Town Councillor, and former mayor, Carol Marubbi said the four-weekly collections had also resulted in an increase in fly-tipping.

Cwm Road, Llandudno, had been particular bad with large items just being left on the side of the road.

She said people don't have the money or the time to get to the skip sometimes so people needed to be educated on what other options they have.

Mrs Finch-Saunders said she had also seen an increase in fly-tipping within the area.

She added: "It cannot be denied that fly-tipping seems to be an escalating problem here too, causing me to wonder whether the reduction in black bin collections and introduction of charges at the recycling centre are aggravating our trash troubles.

“One thing I know for sure is that I am hearing a lot more about fly-tipping around Conwy.

"For example, I know of cases where rubbish has been left in laybys in Llanrwst, alleyways in Craig-y-Don, and a church yard in Llanfairfechan, highlighting to me that the problem is both urban and rural, and requires urgent preventative action."