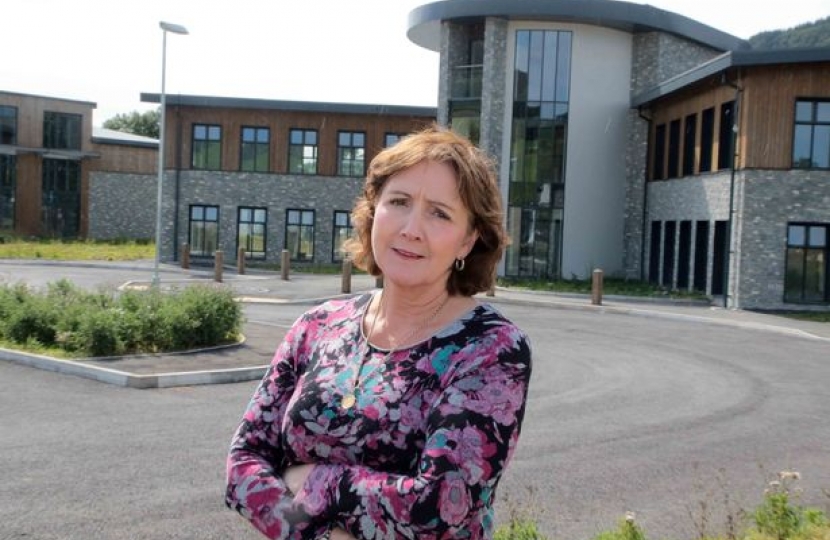 GM Jones built the £1.3m HQ in Llanrwst but then went into administration

The £1.3m headquarters left empty after a building contractor went bust could be about to get new owners after it was confirmed an offer has been made for the site.

It moved into the new HQ in 2018 backed by £400,000 from the Wales Economic Fund but then ran into financial problems - falling into administration in March 2019.

Since then the two GM Jones properties at Parc Ty Gwyn, Llanrwst, have been vacant.

Janet Finch-Saunders, Assembly Member for Aberconwy, has been pressing for efforts to be stepped up to fill the site. She has now been told by Economy Secretary Ken Skates that an offer has been made.

Mrs Finch-Saunders said: “The collapse of GMJ in March 2019 was a major calamity for the Conwy Valley.

“Forty workers were made redundant, and two major units supported by £400,000 of our tax payer’s money left empty and unused.

Given that the Welsh Government had invested our public money in the project, I have been using the levers at my disposal in the National Assembly for Wales to see the units put to good use and importantly, more jobs created.

"Since scrutinising the Minister for Economy and Transport on the situation in plenary this month, I have now had it confirmed in writing that an offer has been made to the administrators for both industrial units.

“It seems that we are now a step closer to achieving an employment boost for Llanrwst”.

Ken Skates, Welsh Government Minister for Economy and Transport, told Mrs Finch-Saunders: “I can confirm that the office of the Chief Regional Officer is in contact with Conwy County Borough Council and Business Wales regarding the GMJ buildings at Llanrwst and we are promoting the properties at every possible opportunity.

“The properties are being advertised by Business Wales and the sales agents of the properties have confirmed an offer has been made to the administrators for both industrial units.

“We will continue to work with all interested parties to secure employment at the site in Llanrwst.”