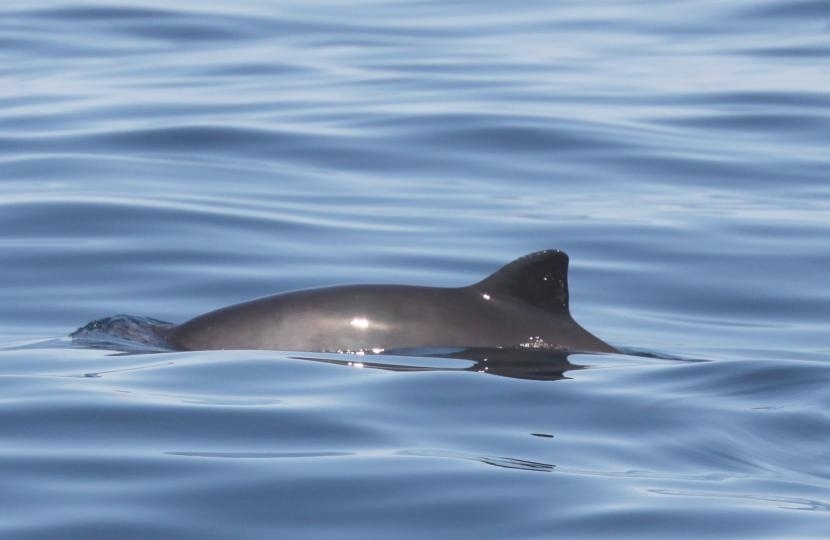 The Member of the Welsh Parliament for Aberconwy and the Shadow Minister for Environment – Janet Finch-Saunders MS – has today (19 February) urged the Welsh Government to review its management plans for the conservation of harbour porpoises in Welsh waters.

In a Written Question to the Minister, Mrs Finch-Saunders asked:

“Will the Minister provide an update on the progress of management plans and site conservation objectives for harbour porpoise Special Areas of Conservation (SACs) in Wales?”

The harbour porpoise can be spotted close to shore in shallow water. They are warm-blooded mammals, and their small size means they must feed often to maintain their body temperature in cold British seas. According to the Wildlife Trusts, they feed on fish, including herring and whiting.

Janet - who is currently the Wales Environment Link Species Champion for the harbour porpoise - said:

“Harbour porpoises are not only under threat from sea pollution, but have also suffered as a result of boat collisions, underwater man-made noise, and accidental capture in fishing nets.

“I was most delighted to have been the harbour porpoise Species Champion. Despite being known - rather unflatteringly - as the puffing pig, it has been incredible learning about the fast and furious lives of these stocky creatures, who have been known to frequent the shores of Aberconwy.

“As this iteration of the Wales Environment Link Species Champion initiative comes to a close, I have urged the Minister to review Welsh Government's management plans and marine site conservation objectives, in an effort to further safeguard these species.

“It is clear that a combination of  sustainable fisheries management, proper enforcement of Marine Protected Areas, and effective marine planning will ensure that the natural environment and food sources that harbour porpoises rely on for survival are protected and allowed to thrive.

“The Species Champion project has been a brilliant initiative to increase engagement and knowledge of our native species. As a marine life enthusiast, I'm also keen to encourage residents to take to their binoculars to try and spot the harbour porpoise locally. Let me know if you see one!"