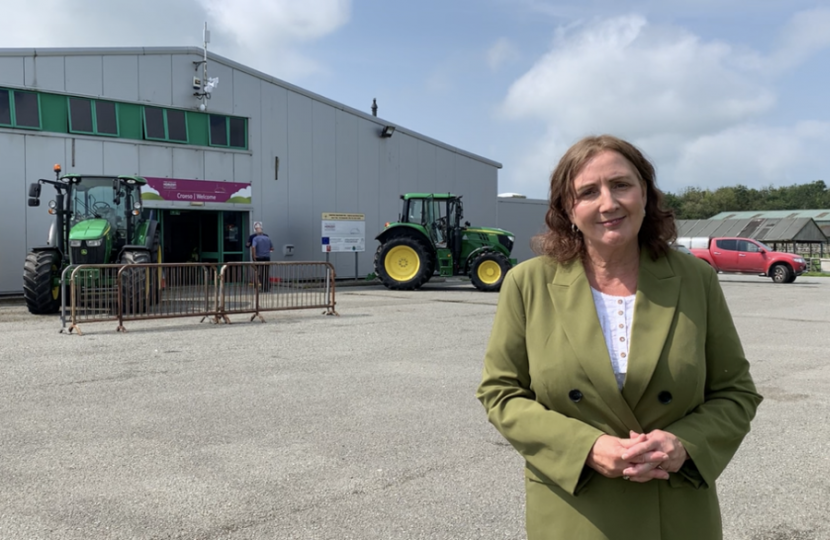 The Welsh Conservatives’ Shadow Minister for Climate Change, Energy and Rural Affairs – Janet Finch-Saunders MS – has today (15 October) urged the Welsh Government to establish a new National Rural Crime Taskforce for Wales, as new figures reveal that the cost of arson damage on British farms has risen by 40%.

In a written question to the Welsh Government, the Shadow Minister asked:

What steps will the Minister take following the finding that the total cost of arson damage on farms rose by 40% last year?

In Wales, NFU Mutual farm fire claims increased from £900,000 in 2018 to £3.2 million in 2019.  According to the rural insurer’s initial claims figures from January to July 2020, an increase has been witnessed in both incidents and cost, suggesting that 2020 could be heading towards a six-year high.

Commenting of her concern about the increase, Janet said:

“I am deeply concerned by revelations that the cost of arson damage on farms rose by 40% last year, with total fire claims to one rural insurer by farms in Wales increasing by 256%. I have, therefore, urged the Welsh Government to develop a new national taskforce to hear from all parties affected.

“In my conversations with Welsh farmers, it is clear that many are feeling particularly vulnerable this year, with an increasing number turning to technologies like remote camera systems to discourage arsonists.

"Many farmers now feel that they must take matters into their own hand, with a recent sector-wide survey finding that 56% of respondents who reported a crime in recent years were dissatisfied with the response.

“As the Countryside Alliance has commented, good rural policing is about far more than numbers of police officers on the ground. We must form effective partnerships which ensures that Local Authorities, Town and Community Councils are brought into the fold to contribute to discussions over the matter.

“As a collective of stakeholders who understand rural needs and concerns, my proposals for a new National Rural Crime Taskforce for Wales would ensure that these communities are better reflected when decisions are being made, so as to increase confidence in efforts to confront rural crime.”