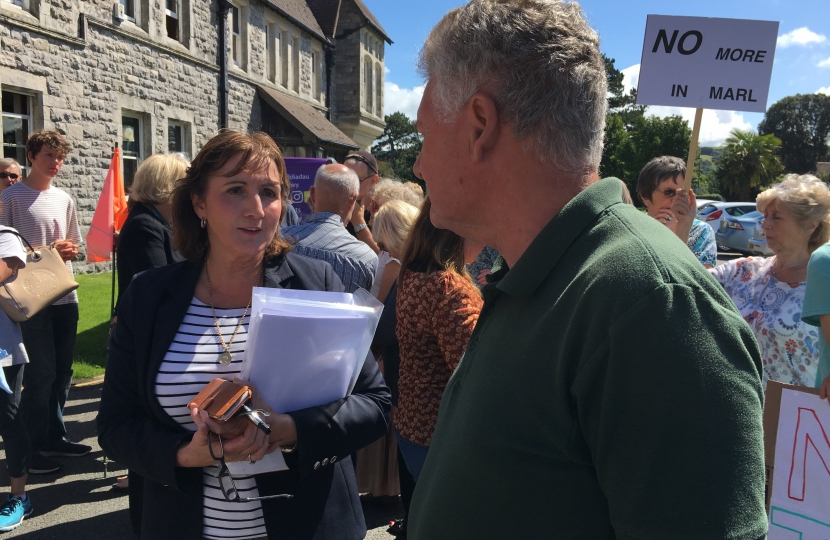 Following the news that the Planning Inspectorate will not be issuing a decision on the marl lane planning appeal until January, Janet Finch-Saunders, Assembly Member for Aberconwy, has written to Lesley Griffiths AM, Minister for Energy, Planning and Rural Affairs, demanding an explanation for the failings which are arising.

“The handling of this planning application by the Welsh Government just gets worse and worse.

“As many will know, the original inquiry was cancelled, the Ministerial deadline has been missed, and now a decision is not expected until next year.

“My fear that this appeal would still be looming over us into the New Year is quickly becoming reality.  This is largely because of the failing of the Welsh Labour Government, and in particular Lesley Griffiths AM, Minister for Environment, Energy and Rural Affairs, to ensure that appeals are dealt with efficiently.

“To make matters worse, with the introduction of new planning law earlier this month, there are new factors to be take into account.  However, rather than giving the hundreds of interested parties an opportunity to comment again, submissions have only been sought from two parties: the appellant and Conwy County Borough Council.

“It seems to me that the decision could actually be significantly influenced by these comments.  As such, I have written to the Minister expressing my serious concern at the grave disrespect the Planning Inspectorate and her Welsh Government is showing residents by not inviting our opinions too.

“I believe that the voices of all interested parties should be heard, and that the Inspectorate should be facing penalties for missing the Ministerial deadline”.

Letter to Lesley Griffiths AM, Minister for Environment, Energy and Rural Affairs