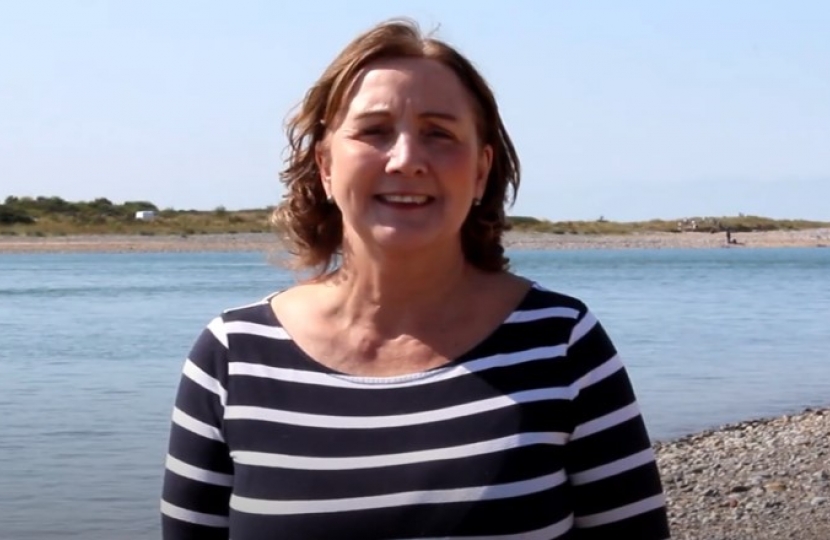 Earlier this year, the Member for the Welsh Parliament for Aberconwy – Janet Finch-Saunders MS - reported a potentially serious sewage leak from infrastructure at Deganwy Beach, Conwy Estuary. Following investigations by officials at Dŵr Cymru/Welsh Water and Conwy County Borough Council which were prompted by this intervention, probable misconnection events have been identified as occurring in the wider catchment area of Deganwy.

A misconnection is where wastewater is incorrectly connected to clean rainfall drains and goes directly into the watercourse or sea, causing pollution and an odour. A letter is now being distributed to all households in the catchment,  outlining that this will now require a further focused investigation to locate the source of the problem.

Janet is encouraging residents to engage with officials on this project, especially if they may have recently had an an extension built or any other building work that may have altered the original drainage from their property.

“A number of local residents have contacted my office about a foul-smelling odour that was blanketing parts of Deganwy throughout the summer. Having investigated the issue in collaboration with officers at Dŵr Cymru, NRW and Conwy County Borough Council, it does now appear that a pollution incident has sadly taken place.

“As I have made clear in the Senedd on several occasions, a single river pollution event is one too many as they can be extremely damaging to our local biodiverse environment. With this in mind, I am pleased that my representations have helped to initiate a formal investigation and the distribution of a letter to residents.

“With children known to play in the area, and the unpleasant smell negatively impacting the well-being of residents, I encourage all my constituents who live in the area, particularly those who may have recently undertaken plumbing works to their property, to engage with this analytical work so that this concern can be progressed in a swift manner.

“If any further pollution incidents are found by residents, I would encourage people to use the NRW incident hotline ensuring that you provide officers with a grid reference or otherwise accurate directions. Our response to the threat posed by pollution must be led by evidence so it is incumbent on us all to be active guardians of the land.”

Natural Resources Wales pollution number is 0300 065 3000. The hotline number is available 24 hours, seven days a week, with trained officers on call to assess the pollution report and attend if necessary.