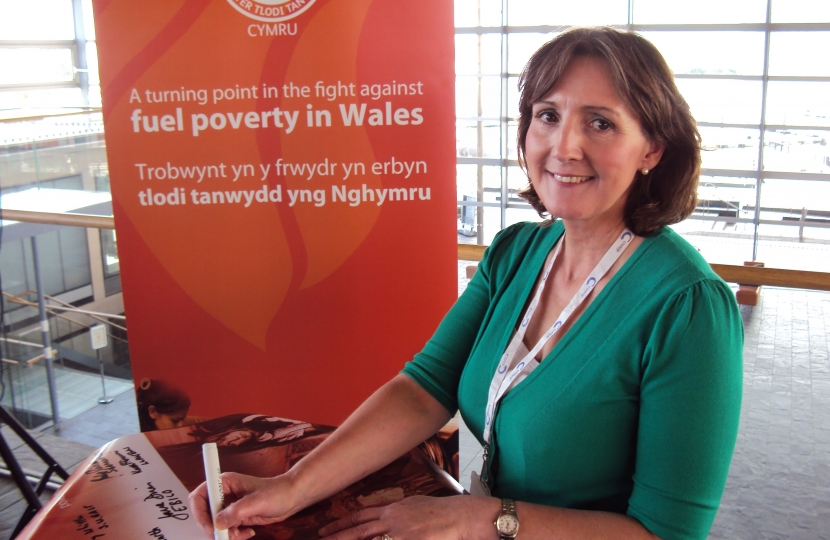 Currently, 61,000 homes in Wales are living in severe fuel poverty spending £1 in every £5 on keeping their home warm. And energy experts predict that other suppliers will follow Scottish Power and raise prices by 10% or more in the coming weeks, the number of people across Wales living in fuel poverty and severe fuel poverty is only likely to rise.

Local AM Janet Finch-Saunders attended the launch of a new plan for tackling the issues at the Assembly, and added her support to the campaign to eradicate fuel poverty.

Janet said: “I was pleased to meet with members of The Fuel Poverty Coalition Cymru and support their campaign an end to fuel poverty. No-one should have to live in a cold home in 21st Century Wales.

“As the Shadow minister for Social Services I am very supportive of the on-going research and work that is carried out by the collaborative workings of the Fuel Poverty Coalition and I look forward to working with them in the future to look at ways of eradicating fuel poverty once and for all”.