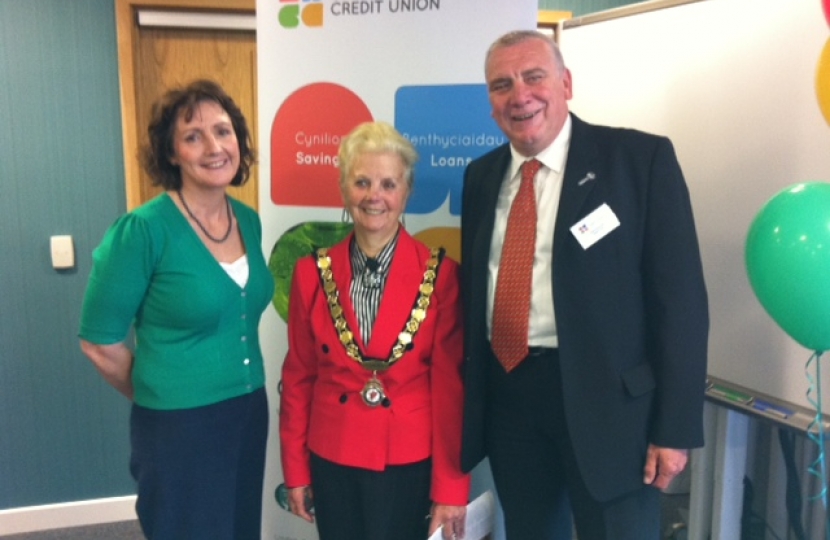 The Labour Minister for Local Government and Communities Minister also attended the celebratory event and presented slate awards to Credit Union staff members from across North Wales to include Aberconwy.

The NWCU is a democratic social enterprise – owned and controlled by the community – which aims to promote the socio-economic well-being of its members and their community. It offers a variety of savings accounts, affordable and practical loans, a free bill payment service, independent debt advice and access to insurance products and services.

The merger is one of the biggest in the sector as the NWCU let in five smaller unions to join forces with it, opening its doors to a further 9,500 members.

Janet joined with the NWCU to voice her concerns about cold calling doorstep loan distributors. She said: “These loan distributors – often with extortionate interest rates – prey on our vulnerable, elderly and poor living within our most deprived communities.”